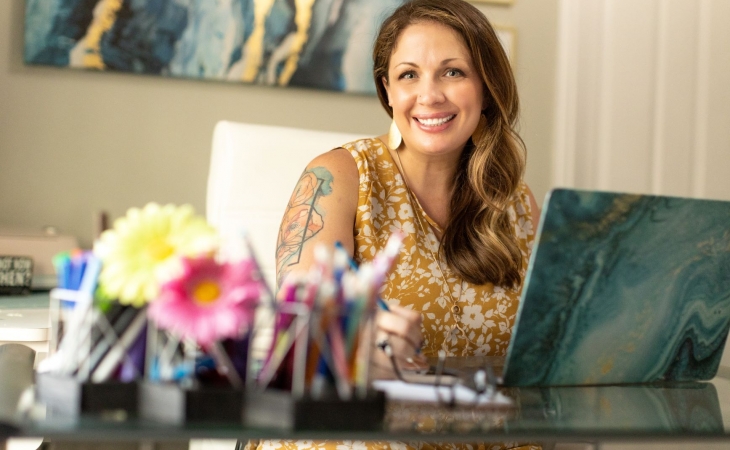 WASHINGTON – Sixteen states, 45 members of Congress, and numerous legal scholars, economists, publishers, media organizations, and others have submitted friend-of-the-court briefs to the U.S. Supreme Court asking it to take the case of a Denver-area website designer required by the state to design and publish websites promoting messages that violate her religious beliefs.

Alliance Defending Freedom attorneys representing the designer, Lorie Smith of 303 Creative, asked the high court to review a 2–1 decision by a panel of the U.S. Court of Appeals for the 10th Circuit which ruled in favor of Colorado’s coercion. The panel majority also said that the state can prohibit her from even explaining on her company’s website which websites she can create in good conscience based on her religious beliefs.

“As the briefs filed in support of free speech and artistic freedom in this case agree, the government shouldn’t be permitted to weaponize the law to force a web designer to speak messages that violate her beliefs. The 10th Circuit recklessly threw these First Amendment guarantees aside, and that calls for the Supreme Court’s attention,” said ADF General Counsel Kristen Waggoner, who argued before the 10th Circuit on behalf of Smith. “The 10th Circuit’s reasoning turns free-speech protections on their head by saying that the more ‘unique’ speech is, the more the government can compel it. That kind of dangerous, unconstitutional reasoning is why we have asked the Supreme Court to take Lorie’s case and why we’re pleased to have the support of those who have filed briefs this week.”

The 10th Circuit issued an unprecedented decision in the case, 303 Creative v. Elenis, holding that Colorado’s Anti-Discrimination Act both forced Lorie “to create websites—and thus, speech—that [she] would otherwise refuse,” and also created a “substantial risk” of removing “certain ideas or viewpoints from the public dialogue,” including Lorie’s beliefs about marriage. Despite that, the 10th Circuit said it’s fine for the law to compel Lorie to speak messages with which she disagrees because she created “custom and unique” expression.

In a lengthy dissent, 10th Circuit Chief Judge Timothy Tymkovich disagreed: “[T]he majority uses the very quality that gives the art value—its expressive and singular nature—to cheapen it. In essence, the majority holds that the more unique a product, the more aggressively the government may regulate access to it—and thus the less First Amendment protection it has.” He added that the ruling “subverts our core understandings of the First Amendment.”

Several members of Congress echoed similar points in their amicus brief, saying the decision forces “individuals to speak views that conflict with their religious beliefs” and, worse still, “forces them to create speech that betrays their religious convictions.” Many others found the 10th Circuit’s opinion dangerous. Several publishers fear the decision will “lead to widespread suppression of speech,” while radio broadcasters, television networks, and other media producers explain that the decision “allows for government censure of disfavored speech and the compulsion of other speech.”

Smith’s lawsuit challenges parts of Colorado’s Anti-Discrimination Act, which the Colorado Civil Rights Commission has interpreted to require designers and artists to create works that convey messages contrary to their beliefs. Under that law, designers must speak messages they disagree with even if they, like Smith, decide what to create based on the message, not the personal characteristics of the client. Other courts have recently ruled in favor of artists subjected to similar laws in Minnesota and Arizona.

The lawsuit contends that Colorado Revised Statute § 24-34-601(2)(a) violates the First Amendment’s Free Speech and Free Exercise clauses. The state law is the same one the commission twice used against Masterpiece Cakeshop cake artist Jack Phillips, who is currently being harassed by an activist attorney in a third lawsuit that also attempts to use Colorado’s law against him. After a trial resulted in a decision against Phillips, ADF attorneys representing him and his shop appealed that case to the Colorado Court of Appeals.