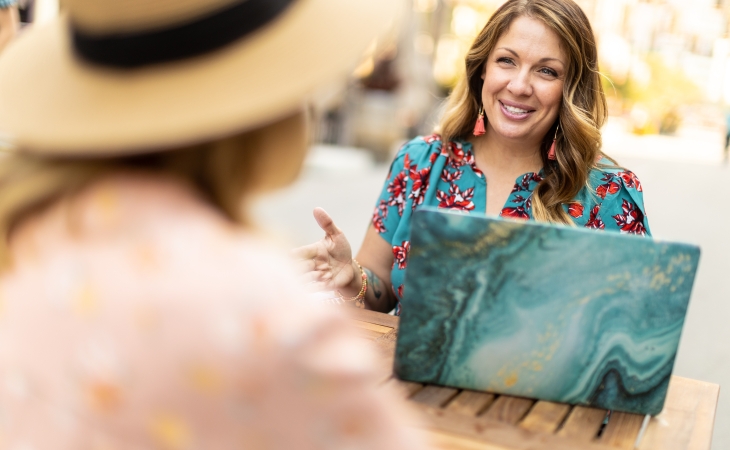 ADF to US Supreme Court: Protect Americans’ freedom to say what they believe

WASHINGTON – Alliance Defending Freedom attorneys filed their opening brief Thursday with the U.S. Supreme Court on behalf of Denver-area graphic artist and website designer Lorie Smith and her design studio, 303 Creative, in 303 Creative v. Elenis. Colorado law requires Smith to design graphics and websites that violate her religious beliefs about marriage as the union of one man and one woman and censors what she wants to say on her own website.

Even though Colorado admitted that Smith works with people from all walks of life, including those who identify as LGBT, Colorado wants to force her to speak messages about marriage that go against her core convictions.

“Free speech is for everyone. The government can’t force Americans to say something they don’t believe,” said ADF General Counsel Kristen Waggoner. “The First Amendment protects the right of every American to express ideas without fear of government punishment even if the government disagrees with those ideas. Yet Colorado continues to violate Smith’s constitutional rights by insisting she speak messages about marriage inconsistent with her beliefs. We hope the Supreme Court will uphold free speech for all Americans, because without this freedom, America will cease to be a vibrant and free democracy that rejects government coercion and promotes human flourishing.”

In February, the Supreme Court agreed to review a 2–1 decision in the case by the U.S. Court of Appeals for the 10th Circuit, which took the position that Colorado can compel Smith to create messages about marriage that violate her conscience even though her designs are “pure speech.” The dissent called the majority’s opinion “staggering” and “unprecedented” because the “Constitution protects Ms. Smith from the government telling her what to say….”

“Forcing artists like painters, photographers, writers, graphic designers, and musicians to speak messages that violate their deeply held beliefs fails to comport with the First Amendment’s promise of ‘individual dignity and choice…,’” the opening brief explains. “As this Court unanimously held over 25 years ago, the government may not use public-accommodation laws to compel speakers to endorse certain messages and eschew others.”

“Government officials are using their power to coerce those who hold views those officials disfavor,” the brief continues. “The consequences are often severe. Barronelle Stutzman was forced to retire and hand over her company after Washington prohibited her from creating floral art for weddings. Elane Photography and Sweet Cakes went out of business entirely. Emilee Carpenter is facing six-figure fines and jail. Chelsey Nelson and Bob Updegrove are in litigation. And Jack Phillips has been in court for 10 years—despite prevailing in this Court. Such coercion will continue to increase unless this Court issues a definitive ruling protecting the First Amendment rights of these creative professionals” [citations omitted and hyperlinks added].