Description:  Alliance Defending Freedom attorneys represented Elane Photography and its owners, Jonathan and Elaine Huguenin. In 2006, Elaine received an e-mail from a woman about photographing a “commitment ceremony” between her and her same-sex partner and asking if Elaine would be “open to helping us celebrate our day….” Elaine politely declined to use her artistic expression to communicate a message at odds with her beliefs. The woman who approached Elaine, Vanessa Willock, easily found another photographer for her ceremony—and for less money. Nevertheless, Willock filed a complaint with the New Mexico Human Rights Commission. After a one-day administrative trial in 2008, the commission ruled against the Huguenins and ordered them to pay $6,637.94 in attorneys’ fees to Willock. The case then made its way through the New Mexico state court system, and the New Mexico Supreme Court upheld the ruling. In a concurrence accompanying the court’s opinion, one of the justices wrote that the Huguenins “now are compelled by law to compromise the very religious beliefs that inspire their lives,” adding “it is the price of citizenship.” 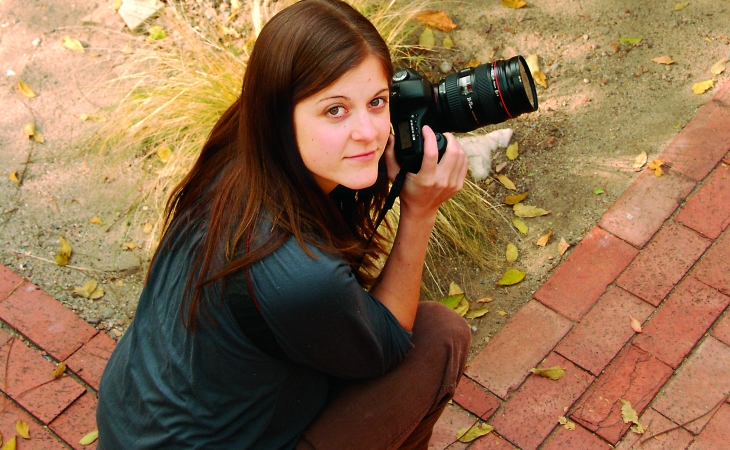 Other lawsuits concerning govt-forced speech working way through court system
Monday, Apr 7, 2014
WASHINGTON — The U.S. Supreme Court Monday declined to hear Elane Photography v. Willock, the case of a photographer who was told by the New Mexico Supreme Court that she must, as “the price of citizenship,” use her creative talents to communicate a message with which she disagrees or suffer punishment.

Nonetheless, Alliance Defending Freedom attorneys representing Elane Photography and its owners, Jonathan and Elaine Huguenin, point out that the central concern in the case—government punishment of Americans for declining to create or promote messages with which they disagree—is alive in other ADF cases moving forward around the country.

“Only unjust laws separate what people say from what they believe,” said Alliance Defending Freedom Senior Counsel Jordan Lorence. “The First Amendment protects our freedom to speak or not speak on any issue without fear of punishment. We had hoped the U.S. Supreme Court would use this case to affirm this basic constitutional principle; however, the court will likely have several more opportunities to do just that in other cases of ours that are working their way through the court system.”

“Americans oppose unjust laws that strong-arm citizens to express ideas against their will,” added Senior Counsel David Cortman. “Elaine and numerous others like her around the country have been more than willing to serve any and all customers, but they are not willing to promote any and all messages. A government that forces any American to create a message contrary to her own convictions is a government every American should fear.”

A July 2013 Rasmussen poll found that 85 percent of Americans believe a Christian photographer has the right to say no if asked to create pictures at a same-sex ceremony that conflicts with the photographer’s religious beliefs. The editorial boards of both The Los Angeles Times and The Washington Times agreed.

Other cases in the legal pipeline that could potentially reach the U.S. Supreme Court include the following:
Ingersoll v. Arlene’s Flowers: A long-time customer and friend of florist Baronelle Stutzman sued her because she could not in good conscience use her creative skills to beautify his same-sex ceremony. Both he, through his ACLU attorneys, and the Washington state attorney general have filed lawsuits against her in both her professional and personal capacities for unlawful “discrimination,” even though she has served and employed people who identify as homosexual and numerous other florists are willing to do the work.
Craig v. Masterpiece Cakeshop: Two men filed a legal complaint against Colorado cake artist Jack Phillips after he declined to use his artistic talents to create and decorate a cake for a same-sex ceremony. Although many other cake artists are willing to do the work, and Phillips told the men that he would be willing to make them any other type of baked good, the men nonetheless filed “discrimination” complaints against him through their ACLU attorneys.
Baker v. Hands On Originals: The Gay and Lesbian Services Organization filed a legal complaint against a Kentucky T-shirt printer for declining to produce shirts that promote its “pride festival.” Managing owner Blaine Adamson of Hands On Originals told the GLSO he would gladly refer them to another shop that would do the work for the same price, and in fact, the GLSO easily found someone to produce the shirts for free. In addition, Hands On Originals both serves and employs people who identify as homosexual. Nonetheless, the complaint alleges that the printer is guilty of “discrimination.”
Alliance Defending Freedom is an alliance-building, non-profit legal organization that advocates for the right of people to freely live out their faith.
# # # | Ref. 20160
Elane Photography v. Willock photos

Jordan Lorence serves as senior counsel and director of strategic engagement with Alliance Defending Freedom where he plays a key role with the Strategic Relations and Training Team. His work encompasses a broad range of litigation, with a primary focus on religious liberty, freedom of speech, student privacy, conscience rights of creative professionals, and the First Amendment freedoms of public university students and professors. Since 1984, he has represented litigation clients across the nation. Lorence earned a J.D. from the University of Minnesota Law School in 1980. He is admitted to the bar in Minnesota, Virginia, the District of Columbia, the U.S. Supreme Court, and multiple federal appellate and district courts.