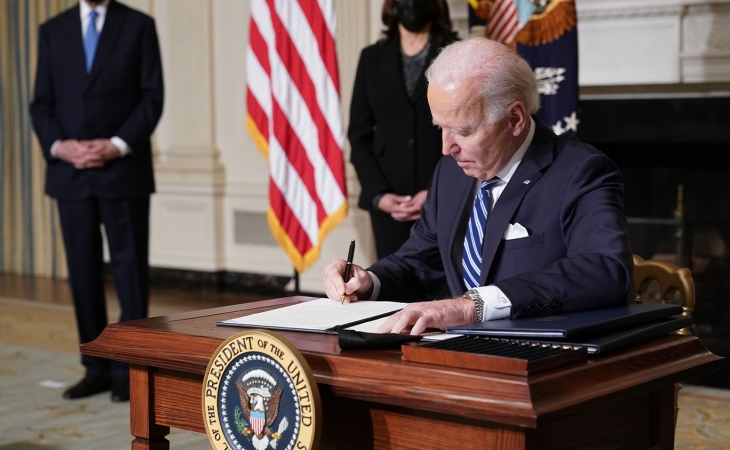 WASHINGTON – In response to the Biden administration’s attempt to illegitimately rewrite Title IX, Alliance Defending Freedom submitted five formal comments Sunday urging the administration to withdraw its proposed rule that violates Americans’ constitutionally and legally protected freedoms and threatens the advancements women have achieved in education and athletics. The U.S. Department of Education’s proposed rule redefines “sex” in federal law to address new matters beyond the scope and text of the Title IX statute.

“Title IX deals with discrimination on the basis of sex, not gender identity or sexual orientation, and was rightly enacted to ensure women had equal opportunity in academics and athletics. Now, by unlawfully rewriting this federal statute, President Biden is threatening to erode those advancements, which women have long fought to achieve,” said ADF Senior Counsel Christiana Kiefer. “Sadly, it’s not just female athletes who will suffer from this radical overreach of executive authority. Doctors could be forced to perform medical procedures that violate their conscience, school districts could undermine parents by concealing vital information about their child’s health, and public universities will be able to censor and compel students’ speech. We urge the Department of Education to abandon its proposed rule and respect the most fundamental freedoms upon which every American relies.”

ADF opposes the administration’s effort to redefine sex discrimination under Title IX because that effort:

ADF attorneys are litigating several cases defending female athletes, doctors, religious schools, and employers from the administration’s attempt to redefine the word “sex” in federal law to include sexual orientation and gender identity.