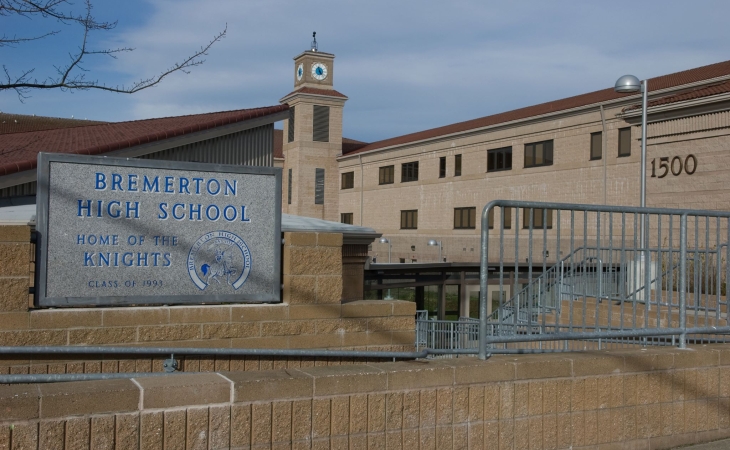 The following quote may be attributed to Alliance Defending Freedom Senior Counsel and Vice President of Appellate Advocacy John Bursch regarding the U.S. Supreme Court’s decision Monday in Kennedy v. Bremerton School District, a case in which high school football coach Joe Kennedy was suspended for engaging in 30 seconds of personal prayer at the end of a game:

“As the Supreme Court has affirmed, Coach Kennedy’s personal prayer of gratitude at the end of a football game is protected under the First Amendment both as religious exercise and as private speech, free from government censorship. American citizens don’t give up the right to prayerfully practice their faith during working hours when they accept a job with a public employer. We are pleased the Supreme Court reversed the 9th Circuit’s ruling that wrongly reasoned that Coach Kennedy’s personal, on-field prayers were not his own, but the government’s, and affirmed his constitutional right to exercise his faith, as is true for every American.”

“Both the Free Exercise and Free Speech Clauses of the First Amendment protect expressions like Mr. Kennedy’s,” wrote the Supreme Court in its opinion. “Nor does a proper understanding of the Amendment’s Establishment Clause require the government to single out private religious speech for special disfavor. The Constitution and the best of our traditions counsel mutual respect and tolerance, not censorship and suppression, for religious and nonreligious views alike.”

In March, ADF attorneys and lead counsel representing former and current National Football League players filed a friend-of-the-court brief with the Supreme Court in support of Kennedy and a ruling upholding freedom of speech and religion.