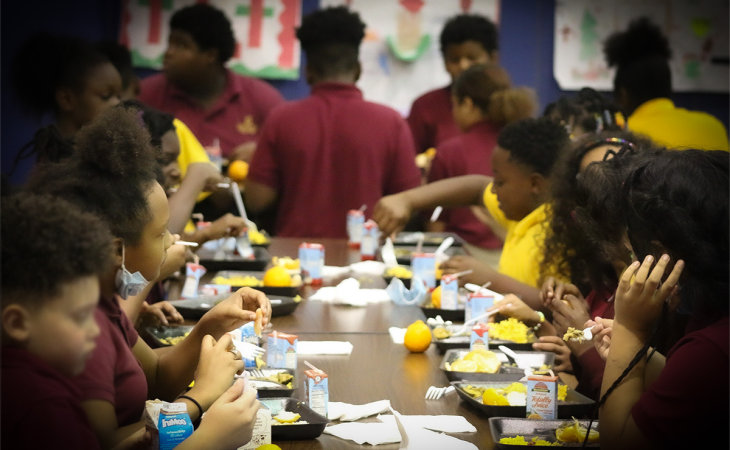 The following quote may be attributed to Alliance Defending Freedom Legal Counsel Erica Steinmiller-Perdomo regarding new guidance the U.S. Department of Agriculture issued Friday in response to a federal lawsuit ADF attorneys brought against the Biden administration for threatening to take away children’s lunches because they attended a Christian school. The USDA agreed to automatically respect exemptions to Title IX of the Education Amendments of 1972 for all religious schools “on religious grounds if there is a conflict between Title IX and a school’s governing religious tenets:”

“On behalf of the students at Grant Park Christian Academy in Tampa we filed a lawsuit against the Biden administration 16 days ago, and in that time, we are pleased to see the administration grant not only that Christian school’s request, but rightly honor the religious beliefs of every other religious school in the country by allowing them to continue operating according to the core tenets of their faith. While it shouldn’t have taken a federal lawsuit, at least now, all religious schools like Grant Park Christian Academy who rely on the USDA’s funding to serve nutritious meals to kids in need can continue this vital service in their communities.”

Grant Park Christian Academy receives funding for its school lunch program from the USDA through the National School Lunch Program. Prior to receiving a religious exemption, participating schools, including Grant Park Christian Academy, were subject to a new change under Title IX whereby they had to comply with the Biden administration’s radical expansion of “sex” to include sexual orientation and gender identity in all school operations, including restrooms, dress codes, hiring, and pronouns, or lose funding. Grant Park Christian Academy’s religious beliefs, including its understanding of the nature of the human person and marriage and family, preclude it from complying with this federal mandate to substitute gender identity for biological sex in any aspect of its activities, especially when it comes to males sharing restrooms with females.