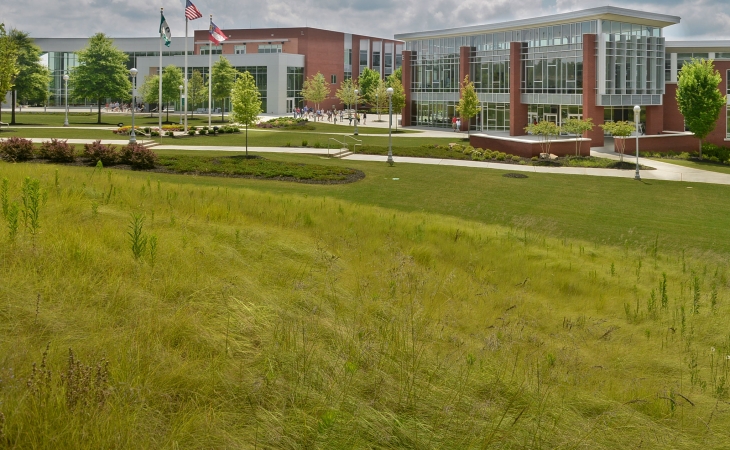 Georgia college sued for censoring student speech, restricting it to 0.0015% of campus

ATLANTA – Alliance Defending Freedom attorneys representing a student at Georgia Gwinnett College filed suit in federal court Monday to challenge the college’s speech policies, which forbid any expression “which disturbs the peace and/or comfort of person(s)” and restrict speech to two tiny speech zones that make up less than 0.0015 percent of campus and are open only 18 hours per week. School officials used the policies to censor a student from speaking about his Christian faith.

“The First Amendment guarantees every student’s freedom of speech and religion. Every public school—and especially a state college that is supposed to be the ‘marketplace of ideas’—has the duty to protect and promote those freedoms,” said ADF Legal Counsel Travis Barham. “Students don’t check their constitutionally protected free speech at the campus gate. While touting commitments to ‘diversity’ and ‘open communications,’ Georgia Gwinnett College confines the speech of students to two ridiculously small speech zones and then censors the speech that occurs in those areas.”

In July and August, student Chike Uzuegbunam sought to share his Christian faith peacefully with other students on the Lawrenceville campus. His efforts, however, met with opposition from GGC officials who required him to ask for permission to speak three days in advance and limited him to only two tiny areas on campus. Even after meeting these restrictive conditions, GGC officials ordered him to stop discussing his faith because they deemed it “disorderly conduct”—defined as any expression “which disturbs the peace and/or comfort of person(s).”

“Today’s college students will be tomorrow’s legislators, judges, commissioners, and voters,” said ADF Senior Counsel Casey Mattox. “That’s why it’s so important that public universities model the First Amendment values they are supposed to be teaching to students, and why it should disturb everyone that GGC and many other colleges are communicating to a generation that the Constitution doesn’t matter.”

In July, college officials stopped Uzuegbunam from talking with fellow students about Christianity and handing out religious literature in a plaza outside the college library. After Uzuegbunam complied, campus officials informed him that GGC policies also prohibited him from speaking privately with students about his faith unless he provides three days advance notice and speaks only in one of the two small speech zones during the two to four hours a day they are open during the week.

In August, Uzuegbunam followed these restrictions and spoke and distributed literature peacefully at a small patio area that is one of the speech zones. After 20 minutes, campus police arrived and told him to stop sharing his faith because of “some calls from people complaining.”

The lawsuit, Uzuegbunam v. Preczewski, explains that “the Free Speech Clause of the First Amendment protects speech that is provocative and challenging, and prohibits the government from restricting speech simply because listeners find it offensive or discomforting.” Additionally, the suit requests an immediate suspension of GGC’s policies and a declaration that they violate the First and 14th amendments to the U.S. Constitution. It further notes that the college has acted in an unacceptably discriminatory manner by accommodating non-religious students seeking space for expression while silencing Uzuegbunam.
Alliance Defending Freedom is an alliance-building, non-profit legal organization that advocates for the right of people to freely live out their faith.
# # #  |  Ref. 57426
Uzuegbunam v. Preczewski