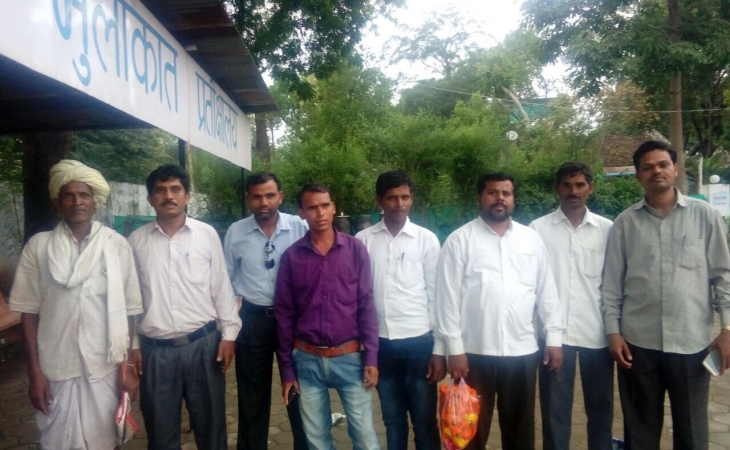 MADHYA PRADESH, India – An Indian court this week fully acquitted eight Christian pastors falsely accused of kidnapping and forcefully converting children they were accompanying to a summer camp in 2017. The acquittal in State v. Jal marks a groundbreaking win for Christians in India and highlights the false accusations and hostilities directed at religious minorities there.

“Nobody should be persecuted because of their faith,” said ADF India Director Tehmina Arora. “We are grateful that this group of Christians have been acquitted of the crimes they were so unjustly accused of. They were targeted and falsely accused simply because they are part of a religious minority. The Indian Constitution guarantees the freedom to practice and share one’s faith. Sadly, despite that, such cases are not isolated incidents. Victory for the pastors in this case, however, brings comfort to all Christians and other religious minorities facing harassment and hostility.”

On May 23, 2017, at Ratlam train station in Madhya Pradesh, local police detained a group of pastors and fellow Christians, including two women and two minors, who were accompanying 60 children. The group was on its way to a Christian summer camp in the neighboring state of Maharashtra. All parents immediately confirmed in front of the local court that they had willingly sent their children to the camp. While the children were allowed to return to their homes, the pastors and most of the coworkers were held in jail for three months until their attorneys allied with ADF India were able to secure bail for them. The Ratlam District and Sessions Court acquitted them of all charges this week.

In 2019, violence against Christians rose significantly. The United Christian Forum and ADF India documented over 300 incidents of harassment and mob violence against Christians. The attacks often take a similar shape and rarely receive any police attention. A mob will arrive at a prayer meeting or Christian gathering, shout abuse and harassment, and beat up those in attendance, including women and children. Then, the pastors or priests are usually arrested by the police under false allegations of forced conversions.

“This case provides a telling example of the challenges faced by many Christians in India,” explained ADF International Executive Director Paul Coleman. “The acquittal shows that the fundamental rights of religious minorities can and should be protected in the courtroom and through effective legal advocacy. Sadly, the recent violence and mob attacks testify to what many Christians and other religious minorities experience in India today. All people have the right to freely choose and live out their faith. We urge the Indian government to uphold this right and do more to protect religious minorities and promote religious freedom.”
ADF International is a faith-based legal advocacy organization that protects fundamental freedoms and promotes the inherent dignity of all people.
# # #

Tehmina Arora is an attorney practicing in the area of constitutional law and human rights with a special emphasis on minority rights. Based in New Delhi, India, she also serves as legal consultant to ADF International.

Paul Coleman serves as executive director of ADF International, overseeing the legal advocacy of all ADF International offices. Specializing in international human rights and European law, Coleman has been involved in more than 20 cases before the European Court of Human Rights and has authored submissions before the Inter-American Court of Human Rights, UN Human Rights Committee, and numerous national courts. Coleman earned his LL.M. and postgraduate diploma in legal practice from the Northumbria Law School, graduating with distinction. He also has a bachelor of laws from Newcastle University and graduated with first-class honours. Coleman is a solicitor of the Senior Courts of England and Wales and is the author of two books and numerous articles.