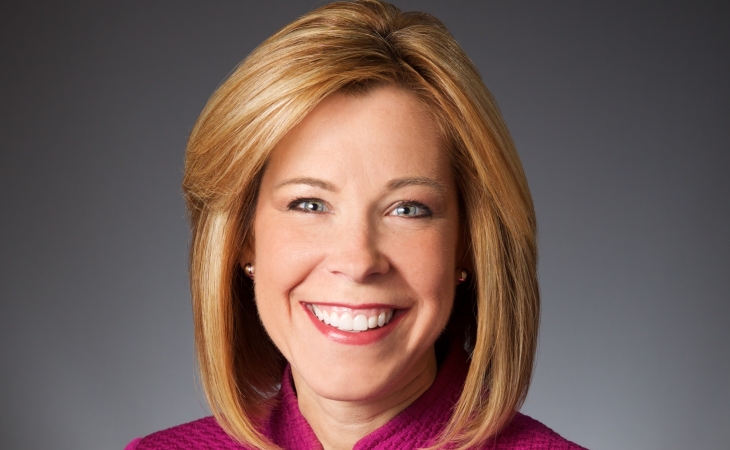 Kristen Waggoner poised to lead ADF’s efforts to protect fundamental freedoms throughout US, the world

LANSDOWNE, Va. – Alliance Defending Freedom announced Kristen Waggoner as its new president and CEO Friday. Waggoner will assume the post on Oct. 1, following Michael Farris, who joined ADF in January 2017, and Alan Sears, who served 23 years as the founding CEO. The ADF board of directors voted unanimously on Aug. 11 to name Waggoner to the position after a thorough consideration process. Sears, who hired Waggoner in 2013, also indicated his full and unreserved support for her and the decision of the board. Farris, 71, will serve ADF in a new role advancing the mission of the organization in specific key areas related to his expertise.

Waggoner will continue in her role as general counsel, where her tenure has been marked by a strong emphasis on a proactively minded legal strategy that protects the rights of all people and highlights the tangible harm caused when government violates fundamental freedoms. In addition, Waggoner has ensured that ADF is ready, willing, and able to assist the over 10,500 requests a year for ADF legal assistance.

Under her leadership on the U.S. legal team, ADF has secured 13 of ADF’s 14 U.S. Supreme Court wins since 2011. Waggoner personally argued and won two of these victories before the high court, Masterpiece Cakeshop v. Colorado Civil Rights Commission (2017) and Uzuegbunam v. Preczewski (2021). She is slated to argue her third, 303 Creative v. Elenis, later this year. Most recently, ADF celebrated the Supreme Court victory that reversed Roe v. Wade in Dobbs v. Jackson Women’s Health Organization, in which ADF was honored to serve on the Mississippi legal team defending the law at the Supreme Court and to work with the state’s lawmakers and governor to draft and enact the legislation.

“I’m honored to accept the call to lead ADF. It is an incredible privilege to represent clients around the world who courageously and winsomely advocate for the right to of all people speak freely and to live consistent with their religious beliefs and to partner with our allies and ministry friends to protect these God-given rights,” Waggoner said. “I look forward to helping build an even more powerful alliance to meet the formidable challenges ahead. We remain in a season where our fundamental freedoms face grave threats, so this work is more critical than ever. I am grateful to God and to those who have served before me that ADF is positioned well for this moment. I am especially thankful to Mike Farris for his incredible leadership and support.”

“It has been an honor to serve ADF these last six years,” said Farris. “God has truly blessed my time here through unprecedented growth. One of these blessings has been working with Kristen. When it became clear to me that Kristen was a well-suited successor and ready to lead, I urged the board to consider her. I am confident God will help Kristen and our team continue expanding our capacity to serve, and I look forward to assisting her and ADF along the way.”

Since Farris and Waggoner joined ADF, it has become recognized as one of the largest legal powerhouses defending God-given freedoms, and at the close of the 2021 fiscal year in June, it crossed the $100 million revenue threshold. It has expanded its work in the states on both the legal and legislative fronts in addition to its ongoing work on the federal level, including its increased emphasis on fighting the administrative state and protecting parental rights. ADF continues to be the leader in protecting free speech on college campuses and freedom of expression and religion generally, including at the Supreme Court in the pivotal 303 Creative v. Elenis case pending there. The work of ADF International has also grown considerably in defense of the same freedoms around the world, where ADF International’s efforts often save people’s very lives due to religious persecution.

“We are grateful to God for Michael Farris’s leadership of ADF and for all he has accomplished during his years of service to this ministry. Mike set a high bar for his successor, so we are equally thankful and confident that God has chosen Kristen Waggoner to succeed Mike as our new president and CEO,” said ADF Board Chair Terry Schlossberg. “Kristen met and exceeded the expectations of the board as we engaged in a thorough and prayerful vetting process with her. We are very pleased to report that she has not only the eager support of her predecessor, Mike, who recommended her to us, but also the full confidence of the ADF board. We are eager to see how God will use her to bless the ministry of ADF in the future.”

Our freedoms are under attack from every direction, but we’re committed to defending them (Washington Examiner, 2022-08-19)

Kristen K. Waggoner serves as general counsel with Alliance Defending Freedom. In this role, Waggoner oversees the U.S. legal division, a team of 100 attorneys and staff who engage in litigation, public advocacy, and legislative support. On Oct. 1, 2022, she will assume the role of president and CEO as well. ADF has represented the prevailing parties in multiple U.S. Supreme Court victories, including Masterpiece Cakeshop v. Colorado Civil Rights Commission and Uzuegbunam v. Preczewski, both of which Waggoner argued at the Supreme Court. She also served as counsel in the free speech victory the Supreme Court handed down in National Institute of Family and Life Advocates v. Becerra. She is a Peer Review Rated AV® Preeminent™ attorney in Martindale-Hubbell, who clerked for Justice Richard B. Sanders of the Washington Supreme Court after law school and served in private practice in Seattle for nearly 20 years. Waggoner is admitted to practice in multiple states, the Supreme Court, and numerous federal district and appellate courts.