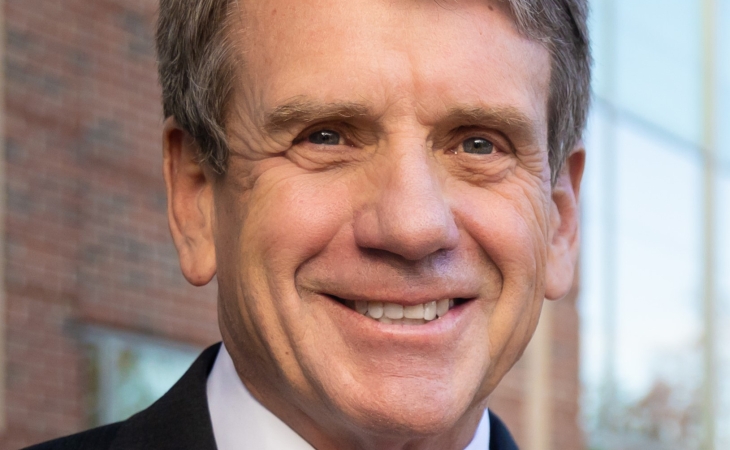 Farris was founding president of both the Home School Legal Defense Association (1983) and Patrick Henry College (2000) and continues to serve as chairman of the board of HSLDA and chancellor emeritus of PHC. He is a constitutional appellate litigator who has argued before the U.S. Supreme Court, eight federal circuit courts, and the appellate courts of 13 states.

“The most important questions about the future of our freedom are being deliberated today in the legal arena,” said Farris. “All of our freedoms arose from the battle to ensure religious liberty, and they hang in the balance at this crucial time in our history. ADF has become the world’s premier legal advocacy organization while being true to its name by promoting a spirit of alliance in our movement. To continue ‘running toward the fight’ for freedom—as I have for my entire career—is a challenge I have accepted with complete clarity about the threats we face but also with great hope and an eye on the many opportunities before us.”

“I am overjoyed to be passing the torch to Mike, a person of integrity who I have known and admired for many years,” said Sears. “He is a bold and dynamic leader who has persevered and succeeded countless times when the political, legal, and cultural headwinds would have overcome most others. He has proven over decades to be skilled in recognizing pressing needs, identifying solutions, and effectively implementing those ideas by building enduring organizational foundations that have served the good of countless others. I look forward to working with Mike during what I pray will be a period of dynamic growth for freedom.”

“We wondered when we began the process if it was possible to find a replacement for Alan, who has led ADF so gracefully and so well for nearly a quarter century,” said ADF Board Chair Terry Schlossberg, who led the ADF CEO search committee. “Mike is uniquely prepared and qualified for this challenge: an innovative problem-solver and visionary with a record of successful organization-building. His long and successful history of acting in the face of opposition to bring justice on issues close to the heart of ADF solidified him as the right choice, so we are excited to begin this new chapter with Mike at the helm.”

“It would be hard to overstate my appreciation and respect for Alan Sears,” said Farris. “We all owe a great debt of gratitude for the sacrifices Alan and his family have made to build this organization into the force in law and culture that it is today. I look forward to joining the talented ADF team and our many friends and allies as we continue this mission of building freedom’s future together.”

For more information and resources on the ADF CEO transition, visit ADFceo.org.

Alan Sears was the first president, CEO, and general counsel of Alliance Defending Freedom, leading its efforts from 1993-2017. Across those nearly 25 years, he built an ADF team committed to a comprehensive legal strategy that includes training, funding, and legal advocacy. Sears earned his Juris Doctor from Louis D. Brandeis School of Law. While serving in numerous positions within the Reagan and Bush administrations, he worked for the Department of Justice under Attorneys General William French Smith and Edwin Meese III, including service as an Assistant U.S. Attorney and Chief of the Criminal Section. Sears was appointed as director of the Attorney General’s Commission on Pornography and served as associate solicitor with the Department of Interior under Secretary Donald Hodel. A graduate of the University of Kentucky, Sears has continued his education with professional instruction at Stanford University Graduate School of Business, Harvard Law School, Harvard Business School, and Pepperdine University. He is a member in good standing with the American, Arizona, California, District of Columbia (inactive), and Kentucky bar associations.