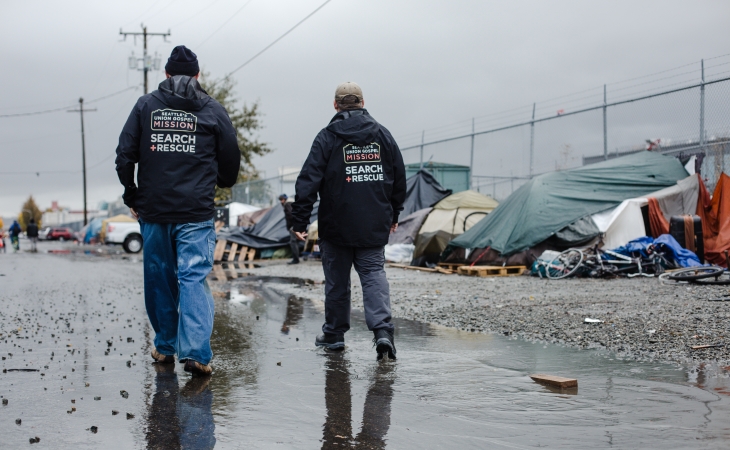 WASHINGTON – Seventeen states, 20 current and former Washington state legislators, and numerous legal scholars and faith-based organizations have submitted friend-of-the-court briefs to the U.S. Supreme Court asking it to take the case of a Seattle homeless ministry. The Washington Supreme Court said the faith-based nonprofit can be sued for declining to hire an applicant who does not share its religious beliefs.

Alliance Defending Freedom attorneys represent the ministry, Seattle’s Union Gospel Mission, which serves the city’s homeless by providing food, shelter, addiction recovery, job placement, and legal services. Its roots go back to the Great Depression, when the Mission opened its doors as a soup kitchen. The ministry’s religious convictions and evangelization are the foundation for everything it does, and therefore every staff member must share and live out the Mission’s religious beliefs for the Mission to be successful.

“As the briefs filed with the Supreme Court rightly argue, churches and religious organizations have the First Amendment right to hire those who share their beliefs without being punished by the government,” said ADF Senior Counsel and Vice President of Appellate Advocacy John Bursch. “Courts have consistently recognized that a religious organization’s purpose will be undermined if the government forces it to hire those who do not share and live out the group’s beliefs. That’s why it’s imperative that the U.S. Supreme Court take this case and ensure that the Washington Supreme Court cannot so flagrantly disregard this homeless ministry’s right and need to hire only those who agree with its faith-based mission.”

Matthew Woods applied for a lawyer position with the Mission’s legal-aid clinic—a position that involves talking with clients about Jesus Christ and attending worship services and prayer meetings in addition to providing legal advice. Woods sued the ministry after it declined to hire him because he doesn’t share or live according to the ministry’s Christian beliefs. Among other things, Woods’ application described no personal relationship with Jesus Christ, disclosed that Woods was not active in a local church, and did not provide his pastor’s name and contact information as the Mission required. He sued after the Mission hired another candidate who shared its beliefs.

A Washington state trial court dismissed the lawsuit, recognizing that the Mission fell squarely within Washington’s statutory exemption for religious nonprofits. But the Washington Supreme Court overrode the exemption and held that the Mission has no First Amendment right to hire only people who share its beliefs.

As a result, Washington law now requires houses of worship and other religious nonprofits to employ those who contradict the beliefs they were created to foster unless a position qualifies for the Washington Supreme Court’s narrow interpretation of a “minister.” The decision threatens to undermine religious nonprofits like the Mission that are organized around and designed to promote a specific, shared set of religious beliefs.

“Faith infuses every part of the work of Gospel Missions like SUGM,” explains a brief filed by Citygate, a 115-year-old nonprofit membership organization made up of more than 300 ministries that provide emergency services and life-transforming programs for the hungry, homeless, abused, and addicted throughout the United States and Canada. “Yet the decision below rewrites their internal religious structures, segregating personnel based on an artificial ministry/‘secular’ distinction and calling for an entangling inquiry into religious belief and practice. This cannot stand.”

As a brief filed by 17 U.S. states notes, “The Washington Supreme Court’s decision rests on an impoverished understanding of the First Amendment’s protections for religious organizations…. The state court’s disregard for this Court’s precedent and this Nation’s history is not unique. Rather, the decision is the latest warning that previously uncontested religious liberties are at risk of being sidelined by an increasingly popular brand of religious intolerance.”

A number of friend-of-the-court briefs were also filed with the U.S. Supreme Court in Gordon College v. DeWeese-Boyd, another ADF case involving religious employers’ freedom to make employment decisions in accord with their faith.

King County Court order of dismissal
Statement respecting the denial of certiorari
Reply brief for petitioner
Amicus briefs filed with the U.S. Supreme Court in support of petitioner
Petition for writ of certiorari