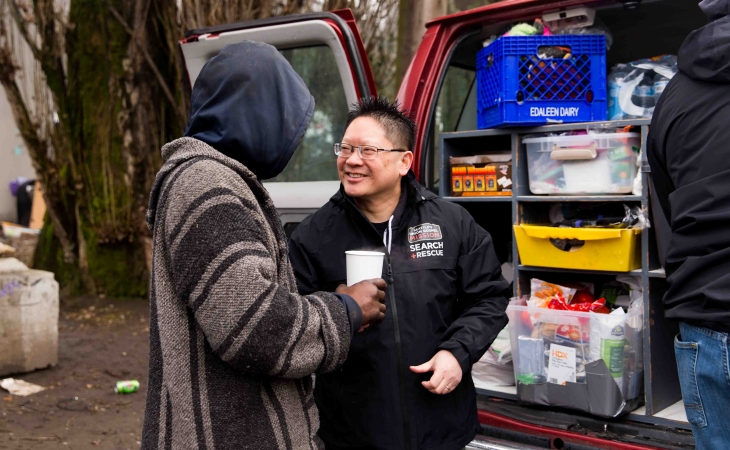 WASHINGTON – A Seattle homeless ministry asked the U.S. Supreme Court Monday to reverse a Washington Supreme Court decision that forces the Christian nonprofit to hire employees who do not share the ministry’s religious beliefs.

Alliance Defending Freedom attorneys represent Seattle’s Union Gospel Mission, which serves the city’s homeless by providing food, shelter, addiction recovery, job placement, and legal services. Its roots go back to the Great Depression, when the Mission opened its doors as a soup kitchen. The ministry’s religious convictions and evangelization are the foundation for everything it does, and therefore every staff member must share and live out the Mission’s religious beliefs for the Mission to be successful.

“Churches and religious organizations have the First Amendment right to hire those who share their beliefs without being punished by the government,” said ADF Senior Counsel and Vice President of Appellate Advocacy John Bursch. “Courts have consistently recognized that a religious organization’s purpose will be undermined if the government forces it to hire those who do not subscribe to the group’s beliefs.”

Matthew Woods applied for a lawyer position with the Mission’s legal-aid clinic—a position that involves talking with clients about Jesus Christ and attending worship services and prayer meetings in addition to providing legal advice. Woods sued the ministry after it declined to hire him because he doesn’t share or live according to the ministry’s Christian beliefs. Among other things, Woods’ application described no personal relationship with Jesus Christ, disclosed that Woods was not active in a local church, and did not provide his pastor’s name and contact information as the Mission required. He sued after the Mission hired another candidate.

A Washington state trial court dismissed the lawsuit, recognizing that the Mission fell squarely within Washington’s statutory exemption for religious nonprofits. But the Washington Supreme Court overrode the exemption and held that the Mission has no First Amendment right to hire only people who share its beliefs.

As a result, Washington law now requires houses of worship and other religious nonprofits to employ those who contradict the beliefs they were created to foster unless a position qualifies for the Washington Supreme Court’s narrow interpretation of a ministerial exception. The decision threatens to undermine religious nonprofits like the Mission that are organized around and designed to promote a specific, shared set of religious beliefs.

“Unless this Court intervenes, anyone will be able to demand a job while contradicting a religious organization’s core beliefs, and faith-based nonprofits will lose their autonomy to freely associate without state interference,” the ADF petition to the U.S. Supreme Court in Seattle’s Union Gospel Mission v. Woods explains. “The federal government and Third, Fourth, Fifth, Sixth, Ninth, and Eleventh Circuits have all recognized that the First Amendment protects religious nonprofits’ right to hire coreligionists. So should this Court, just as it relied on a long line of lower-court decisions to recognize the ministerial exception in Hosanna-Tabor Evangelical Lutheran Church & School v. EEOC.”