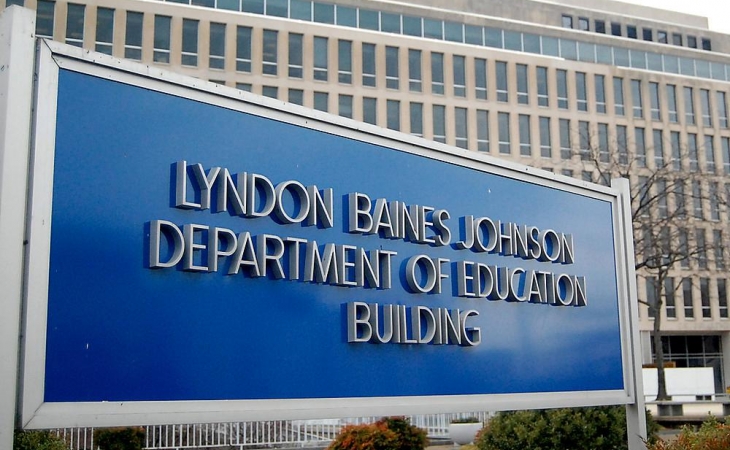 WASHINGTON – Alliance Defending Freedom attorneys representing Christian student organization Ratio Christi filed a motion in federal court Thursday to intervene in defense of a U.S. Department of Education regulation which requires all public colleges and universities that are federal grant recipients to comply with the First Amendment. Americans United for Separation of Church and State filed suit to challenge the rule, implemented during the Trump administration, on behalf of the Secular Student Alliance.

Ratio Christi is a nationwide Christian apologetics organization whose mission is to defend the intellectual plausibility of the Christian faith on campus and explain how the Christian viewpoint relates to personal, vocational, and cultural aspects of life.. Any student can attend its events and join the organization, but like many other clubs, it requires that those who lead the organization share its beliefs. The DOE rule had been implemented in part to prevent public colleges and universities from forcing student organizations to accept individuals who apply for leadership positions into leadership even if they do not believe in the group’s mission, or even actively oppose it.

“Universities should model the First Amendment values they’re supposed to be teaching students; they should not have unilateral power to dictate how student organizations select their leaders,” said ADF Senior Counsel Matt Bowman. “The First Amendment guarantees freedom of association—that is, the right to gather around shared beliefs. Colleges and universities receiving federal funds shouldn’t be permitted to thwart the First Amendment through mandates that allow people who want to undermine the mission of a student group to become leaders of it. The Department of Education was right to enact a regulation that prohibits this and other First Amendment violations.”

The DOE rule seeks “to foster environments that promote open, intellectually engaging, and diverse debate” on college and university campuses, which can only be accomplished when all students are given the ability to speak and assemble freely. The rule requires public universities to comply with the First Amendment, prevents public universities from denying religious student organizations equal access to campus resources and benefits based on that organization’s beliefs, speech, or religious requirements for choosing its leaders and members.

ADF attorneys filed the motion to intervene in Secular Student Alliance v. U. S. Department of Education with the U.S. District Court for the District of Columbia.