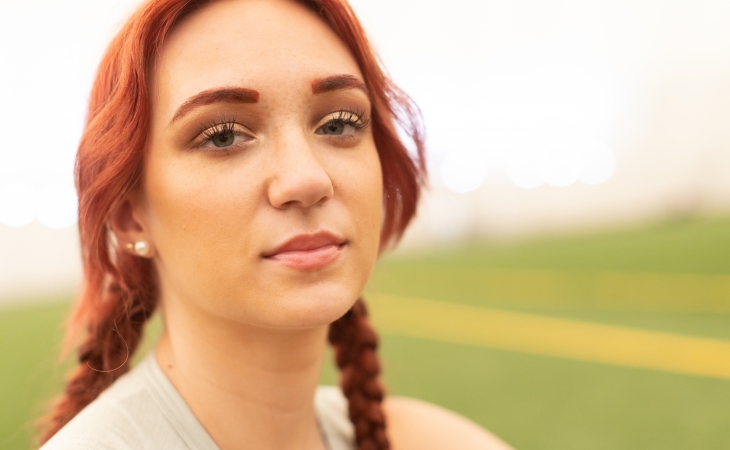 FORT LAUDERDALE, Fla. – Alliance Defending Freedom attorneys representing a female college athlete filed a motion Tuesday asking a federal district court to allow her to intervene to defend Florida’s Fairness in Women’s Sports Act. The law is currently under challenge in a lawsuit that could jeopardize the safety and athletic opportunities of female athletes by forcing them to compete against males who identify as female.

Florida recently enacted the law to protect equal opportunities for women in sports. One of those women is Selina Soule, a sophomore track-and-field athlete at Florida Atlantic University.

“Women deserve to compete on a fair and level playing field. When males are allowed to compete in women’s sports, athletes like Selina pay the price and lose opportunities, championship titles, and the drive to be their best,” said ADF Legal Counsel Christiana Holcomb. “No matter how fast or competitive female athletes are in their sport, biological males hold an indisputable physical advantage over them. Every day, more and more women across the country are standing up to defend their right to fairness and equal opportunity. Selina deserves a voice in this lawsuit and an opportunity to help protect the future of women’s sports in Florida.”

“To Soule, allowing a male to displace a deserving young woman from her sport, or her spot at the state championship meet, or on the podium, or in the scholarship pool defies the purpose of women’s sports,” the motion to intervene filed with the U.S. District Court for the Southern District of Florida, Fort Lauderdale Division, in D.N. v. DeSantis explains. “[Soule] wants to speak up not just for herself, but for other young women who may be afraid of retaliation or censorship. She knows that women have fought long and hard for equal athletic opportunities, and she wants to ensure that future generations of young girls with big dreams can continue to compete on a level playing field and reap all the benefits that sports have to offer.”

“If someone does not speak up for women, I fear that we could see the end of women’s sports. There will be boys’ sports and co-ed sports; but women’s sports as we know it will be gone,” Soule said. “I believe that ensuring an equal playing field for women to be champions in their own sport is a women’s rights issue. But this isn’t just about fair play and winning for me. I want to protect the fairness and safety of women’s sports for female athletes all over Florida. I want to ensure that future generations of women have access to the same equal athletic opportunities that shaped me and my love of sports.”

In an ongoing federal lawsuit in Connecticut that began when Soule was in high school, ADF attorneys represent her and three other female athletes forced to compete against males at the high school level. ADF attorneys also represent a West Virginia State University female soccer player who is seeking to defend that state’s Save Women’s Sports Act, and female collegiate athletes in Idaho who are defending that state’s Fairness in Women’s Sports Act against an ACLU lawsuit attacking the law.