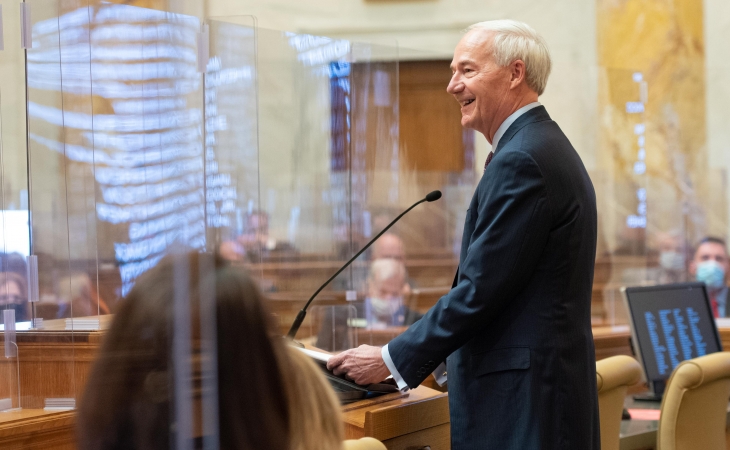 The following quote may be attributed to Alliance Defending Freedom General Counsel Kristen Waggoner regarding Arkansas Governor Asa Hutchinson’s signing Thursday of the Fairness in Women’s Sports Act (S.B. 354), a bill sponsored by Sen. Missy Irvin and Rep. Sonia Barker that protects opportunities for women and girls in athletics by ensuring they are not forced to compete against men playing on women’s sports teams:

“Women and girls deserve to compete on a level playing field, and Gov. Hutchinson and the Arkansas Legislature have acted to ensure that happens for all female athletes in the state, whether in high school or college. It’s unfair to force women and girls to compete in sports against males. We commend the governor and state lawmakers for standing up to the corporate interests and activists who have been pressuring them to cave to a ‘woke’ agenda at the expense of women and girls. The law also provides female athletes with legal recourse if their rights are violated. That’s vital because allowing males to compete in girls’ sports destroys fair competition and women’s athletic opportunities—the very things that Title IX was designed to protect in federal law. When we ignore science and biological reality, female athletes lose medals, podium spots, public recognition, and opportunities to compete. We thank Gov. Hutchinson and Arkansas legislators for recognizing that and helping to protect a rising generation of young women so they can continue to pursue their dreams.”

ADF attorneys represent collegiate female athletes in Idaho who are defending that state’s Fairness in Women’s Sports Act against an ACLU lawsuit attacking the new law. ADF attorneys also represent high school female athletes in Connecticut who are challenging a policy that has allowed boys to consistently deprive them of honors and opportunities to compete at elite levels.