Description:  Arkansas State officials kicked a student and another individual off the patio in front of the Student Union and threatened her with a violation of the student code of conduct simply for setting up a table to promote the campus chapter of Turning Point USA. The lawsuit prompted the state of Arkansas to enact campus free speech legislation known as the FORUM Act, which prohibits such restrictive speech policies. As a result, the university changed the bad policies it relied upon to censor the student, but a federal district court ultimately left no repercussions for university officials for their unconstitutional actions. 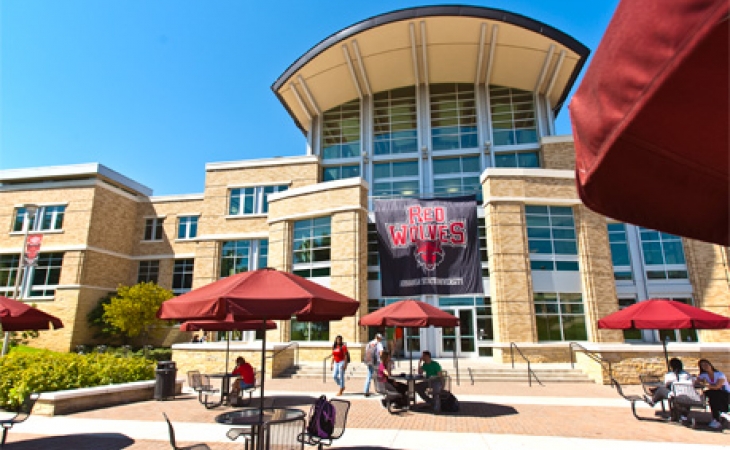 Although the U.S. Court of Appeals for the 8th Circuit ruled that ASU officials violated Hoggard’s constitutionally protected freedoms, it said that the officials can’t be held responsible because they are entitled to “qualified immunity” from the lawsuit.

“Government officials shouldn’t be allowed to escape responsibility for unconstitutional or illegal acts,” said ADF Legal Counsel Chris Schandevel, who argued before the 8th Circuit. “And that’s especially true for public university officials who should know by now that using speech codes to shut down student speech is unconstitutional. While we’re pleased the 8th Circuit recognized that ASU officials violated Ashlyn’s rights, those same officials shouldn’t be allowed to hide behind the so-called ‘qualified immunity’ doctrine to skirt the consequences for their unconstitutional policies.”

“This doctrine, which shields government agents even when they commit illegal acts, isn’t found anywhere in the U.S. Constitution or federal law,” said ADF Senior Counsel and Vice President of Appellate Advocacy John Bursch. “It is a judge-made doctrine that came about as the result of one U.S. Supreme Court decision decades ago, and it allows all sorts of constitutional abuses to go unpunished, including violations of the right to free speech and the free exercise of religion. It imposes cost-prohibitive burdens on civil rights litigants. And it undermines the public’s trust in the very officials the doctrine seeks to protect. We hope the Supreme Court will take this case and use this opportunity to ensure that government officials don’t get a free pass to violate the law.”

Arkansas State’s previous policies unconstitutionally gave university officials free rein to shut down student speech even in open areas of campus, restricted most expressive activities to small zones that totaled about 1% of campus, and required advance permission for students to speak anywhere on campus. ADF attorneys argue qualified immunity should not apply because the officials violated Hoggard’s clearly established First Amendment rights when they used those policies to stop her from recruiting other students to join her new student group.

“In four other circuits—the Sixth, Seventh, Ninth, and Eleventh—Ashlyn likely would have prevailed,” the ADF petition to the Supreme Court explained. “Those courts all look to the reasoning of prior decisions for determining clearly established law, not just the outcome. Two circuits—the Fifth and the Tenth—look only to prior outcomes…. And the Eighth Circuit is effectively in the latter camp…. The quagmire of lower-court, qualified-immunity rules—particularly on public-university campuses—is in desperate need of this Court’s clarification.”

Thanks to qualified immunity, “a shocking number of public colleges and universities across the country defy well-established precedent by still maintaining speech codes that prohibit student expression protected by the First Amendment,” added the Foundation for Individual Rights in Education in its brief.

“[U]ntil and unless the ‘clearly established law’ standard is itself abandoned, it is crucial that the Court clarify its contours and confine its scope,” wrote the Cato Institute in its brief. “Specifically, the Court should grant the petition to make clear that the reasoning of prior judicial decisions can be considered when deciding whether a defendant had ‘fair notice’ that their conduct was unlawful.”

Chris Schandevel serves as senior counsel on Alliance Defending Freedom’s Appellate Advocacy Team. Before joining ADF, Schandevel served as an assistant attorney general in the Criminal Appeals Section at the Office of the Attorney General of Virginia. Prior to his time at the Virginia attorney general’s office, Schandevel clerked for the Honorable Stephen R. McCullough on the Court of Appeals of Virginia. Schandevel earned his J.D. from the University of Virginia School of Law in 2012. Schandevel earned his B.A. in Social Work from Harding University in 2009. A member of the state bar of Virginia, Schandevel is admitted to practice before the U.S. Supreme Court and various state and federal trial and appellate courts.