Description:  Dr. Andrew Fox created the chaplaincy program at the Austin Fire Department and served as the lead chaplain in a volunteer capacity for eight years, earning the trust and respect of the firefighters. But after Dr. Fox shared his religious views on his personal blog, city officials demanded he recant and apologize for the harm his blog post allegedly caused. He explained that his intent was to foster discussion, not cause offense, and apologized if anyone was offended. But his apology wasn’t good enough for Austin city officials who demanded total compliance with their political ideology, and they forced Dr. Fox to turn in his uniform. 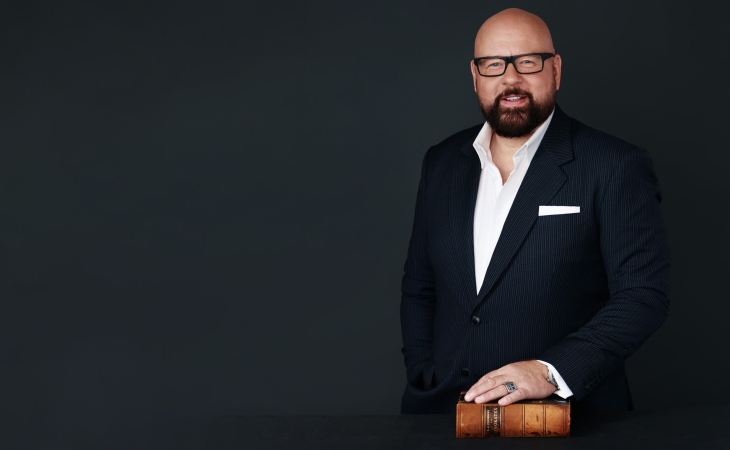 AUSTIN, Texas – Alliance Defending Freedom attorneys filed suit Thursday in federal court on behalf of Dr. Andrew Fox against the city for firing the former volunteer chaplain of the Austin Fire Department for sharing his religious view on his personal blog, in violation of his First Amendment rights.

Dr. Fox is an ordained minister who started Austin’s fire chaplaincy program and served as the city’s lead chaplain—a volunteer position—for eight years. After sharing on his personal blog his religious and commonsense view that men and women are biologically different and men should not compete on women’s sports teams, city officials demanded that Dr. Fox recant and apologize for expressing that view, and then proceeded to fire him.

“Everyone should be able to speak freely without fear of the government coming after you just because you expressed a view they disagree with,” said ADF Senior Counsel Ryan Bangert. “Dr. Fox served Austin’s fire department—without pay—for eight years with excellence and integrity, treating everyone equally, including those in the LGBT community. But none of that mattered to city officials when he shared one opinion on his personal blog that they didn’t like. No matter your personal view on whether men should be allowed to compete on women’s sports teams, it should deeply concern every American that the government can fire someone for expressing it.”

As the complaint in Fox v. City of Austin filed in the U.S. District Court for the Western District of Texas, Austin Division, states: “For eight years, Dr. Fox walked side-by-side with first responders and their families, providing a listening ear and source of prayer as they encountered deaths, suicides, and other tragedies. For eight years, Dr. Fox provided all firefighters with consistent care and equal treatment no matter who they were, including those in the LGBT community. For eight years, Dr. Fox treated everyone he encountered with dignity and respect as he ministered to others in accordance with his religious beliefs and fire department policy. And he did this all voluntarily—without pay—out of love for the men and women who sacrificially serve their community.”

The complaint continues: “No one ever accused him of discriminating against anyone or treating anyone improperly. To the contrary, the City lauded him for his integrity and service. Dr. Fox consistently shared his religious and philosophical reflections online for years without any problem. It was only when Dr. Fox expressed a particular set of views that officials disliked that the City extinguished Dr. Fox’s career.… Americans cannot learn to respect each other’s differences when they face career-crushing consequences anytime their personal beliefs, expressed openly on their own time outside of work, contradict the ideological commitments of some HR officials.”

Dr. Fox, who is a resident of Williamson County, Texas, served in a voluntary capacity as lead chaplain of the Austin Fire Department for eight years until his dismissal in December 2021.