Description:  The city of Anchorage misapplied a city ordinance against a faith-based women’s shelter after it referred an inebriated and injured man to a hospital and paid for his taxi ride there instead of allowing him to share sleeping quarters with abused and homeless women. 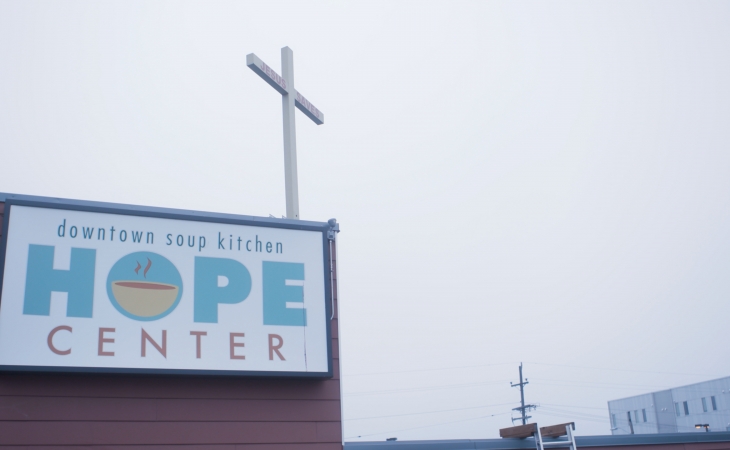 After loss in federal court, city agrees to end its attempt to force men into shelter for sexually assaulted women
Monday, Sep 30, 2019
ANCHORAGE, Alaska – In the wake of a loss in federal court, Anchorage officials dropped a complaint filed with the Anchorage Equal Rights Commission against a faith-based women’s shelter and have now agreed with Alliance Defending Freedom attorneys to make the court’s temporary order against the city permanent.

The complaint came about after the shelter, Downtown Hope Center, referred an inebriated and injured man to a hospital to get the care he needed and paid for his taxi ride there. The man later filed a complaint with the commission alleging the center didn’t let him stay at the shelter, where he would have been sleeping next to abused and homeless women. The city then chose to pursue the complaint against the center, prompting Alliance Defending Freedom attorneys to file a federal lawsuit on the center’s behalf.
“All Americans should be free to live out their faith and serve their neighbors—especially homeless women who have suffered sexual abuse or domestic violence—without being targeted or harassed by the government,” said ADF Senior Counsel Kate Anderson. “This is the right outcome. Downtown Hope Center serves everyone, but women deserve a safe place to stay overnight. No woman—particularly not an abuse survivor—should be forced to sleep or disrobe next to a man.”

In the federal case, The Downtown Soup Kitchen dba Downtown Hope Center v. Municipality of Anchorage, the U.S. District Court for the District of Alaska issued an order saying Anchorage’s public accommodation law does not apply to the center’s women’s shelter and could not be used to force the center to open its women’s shelter to men. Shortly after that order, the commission dropped its pursuit of the original discrimination complaint and on Monday filed documents jointly with ADF attorneys to make the preliminary order protecting the center permanent and end the case, subject to the court’s approval.

“Faith-based nonprofits should be free to serve consistently with their beliefs and mission,” said ADF Senior Counsel Ryan Tucker, who argued on behalf of Downtown Hope Center before the court. “The end of this case means the center can continue its critically needed work to help the vulnerable women it serves and fulfill its duty to do everything it can to protect them.”

The commission investigated the center for violating the public accommodation ordinance based on alleged gender identity discrimination, but as ADF attorneys explained to the court, Downtown Hope Center didn’t deny the individual on that basis, and the city’s ordinance exempts homeless shelters regardless. Women’s-only shelters, including the overnight housing that the center provides, retain the right to provide accommodations only to women to help ensure that they have a safe place to sleep that does not require close proximity to men.

Alliance Defending Freedom is an alliance-building, non-profit legal organization that advocates for the right of people to freely live out their faith.
# # # | Ref. 64605
Downtown Hope Center v. Municipality of Anchorage photos

Kate Anderson serves as senior counsel with Alliance Defending Freedom, where she is a key member of the Center for Conscience Initiatives. Since joining ADF in 2015, Anderson has focused on protecting the conscience rights of individuals being unjustly compelled to forfeit their beliefs under threat of government retaliation, heavy fines, or other punishment. Anderson obtained her law degree magna cum laude in 2009 from Gonzaga University School of Law, where she served on the Gonzaga Law Review. She also completed the ADF leadership development program to become a Blackstone Fellow. Anderson is admitted to the state bars of Arizona and Washington, the U.S. Supreme Court, and several federal district and appellate courts.