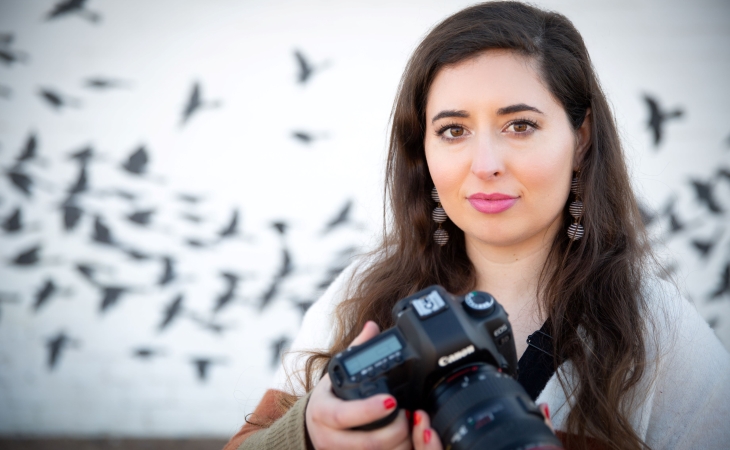 LOUISVILLE, Ky. – A federal district court ruled Tuesday that a Louisville-based photographer and blogger is free to use her creative talents to speak messages that align with her religious beliefs about marriage. Alliance Defending Freedom attorneys represent Chelsey Nelson—a photographer who serves clients regardless of their backgrounds while specializing in photographing, editing, and blogging about weddings.

Nelson challenged a city law that required her to create photographs and blogs promoting same-sex wedding ceremonies if she does so for weddings between a man and a woman. As the district court recognized, the case is similar to one now pending before the U.S. Supreme Court—303 Creative v. Elenis—involving Colorado graphic artist and website designer Lorie Smith.

“Free speech is for everyone. No one should be forced to say something they don’t believe,” said ADF Legal Counsel Bryan Neihart. “We’re pleased the court agreed that the city violated Chelsey’s First Amendment rights. The court’s decision sends a clear and necessary message to every Kentuckian—and American—that each of us is free to speak and work according to our deeply held beliefs. We are hopeful that the Supreme Court issues a similar decision when it addresses the same issue in 303 Creative.”

Louisville’s law had also banned Nelson and her studio, Chelsey Nelson Photography, from publicly explaining on her studio’s own website the religious reasons why she only celebrates wedding ceremonies between a man and a woman. ADF attorneys had asked the U.S. District Court for the Western District of Kentucky to stop the city from threatening Nelson and violating her First Amendment rights by forcing her to create messages that go against her faith.

“[T]he Constitution does not permit governments to promote their perceptions of fairness by extinguishing or conditioning the free expression of opposing perceptions of the common good,” the court wrote in its decision. The court also explained that “[t]he Supreme Court, like Orwell, has long recognized the risk that compelled speech may ‘turn the writer, and every other kind of artist as well, into a minor official, working on themes handed down from above.’”