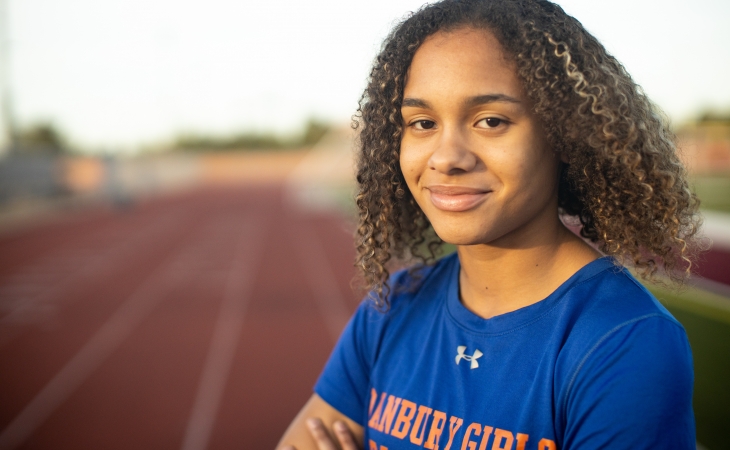 WHAT: Available for media interviews following hearing on motion to dismiss in Soule v. Connecticut Association of Schools

WHERE: Oral arguments can be viewed online; to schedule an interview, contact ADF Media Relations Specialist AnnMarie Pariseau at (480) 417-3975 or submit a request online

HARTFORD, Conn. – Alliance Defending Freedom Senior Counsel Roger Brooks and ADF Legal Counsel Christiana Holcomb will be available for media interviews Friday following a hearing in federal district court in which the Connecticut Interscholastic Athletic Conference is seeking to dismiss the lawsuit of several female athletes. The high school track competitors are challenging a policy that allows biological males who claim a female identity to compete in girls’ athletic events.

Ever since the CIAC adopted its policy, boys have consistently deprived Selina Soule, Alanna Smith, Chelsea Mitchell, and Ashley Nicoletti, of honors and opportunities to compete at elite levels. Mitchell, for example, would have won the 2019 state championship in the women’s 55-meter indoor track competition, but because two males took first and second place, she was denied the gold medal. Soule, Smith, and Nicoletti likewise have been denied medals and/or advancement opportunities.

“Female athletes deserve fair competition—an equal opportunity to compete, achieve, and win. But competition is no longer fair when males are allowed to compete in girls’ sports,” said Holcomb. “Males will always have inherent physical advantages over comparably talented and trained girls; that’s the reason we have girls’ sports in the first place. Our clients have already had the demoralizing experience of losing to male runners; this should not be allowed to continue. These committed female athletes—and young women across the country—deserve an opportunity that’s truly equal, without being sidelined by males dominating their sport.”

“I’ve spent my entire life training to be a champion in my sport,” Connecticut student Chelsea Mitchell, one of the athletes ADF represents, said. “But Connecticut has changed the rules and cheated me—and countless other female athletes—of the equality we deserve on the field. There are basic biological differences between boys and girls, and when we ignore this in sports, girls like me pay the price by missing out on medals and chances to compete. All girls deserve the opportunity to compete on a fair and level playing field, and no female athlete should have to experience what I have experienced. That’s why I’m fighting back.”

“Playing sports and training to be my best is a huge part of who I am,” added another of the athletes, Alanna Smith. “Many of my family members have been professional athletes, and I’m proud to have set my own records and achieved lots of my personal goals. But when I was a freshman, everything changed. When I realized I’d be competing against a biological male in the girls’ track meet—an athlete who had previously competed in the men’s division—I felt defeated before even stepping on to the track. Here in Connecticut, two biological boys have set 17 state meet records—times that female athletes like me have little hope of breaking. Girls shouldn’t be sidelined in their own sports, and that’s why I am standing up to restore fairness to my sport.”

ADF attorneys asked the U.S. Department of Education to investigate in June 2019 and filed the lawsuit Soule v. Connecticut Association of Schools in the U.S. District Court for the District of Connecticut the following February. Following its months-long investigation into the CIAC and Connecticut school districts, DOE issued a letter of impending enforcement action, finding that the athletic conference’s policy allowing males who identify as female to compete in girls’ athletic events disadvantages female athletes, denies them equal athletic opportunities, and violates federal law. On Tuesday, DOE reversed its position under the Biden administration and withdrew its letter.