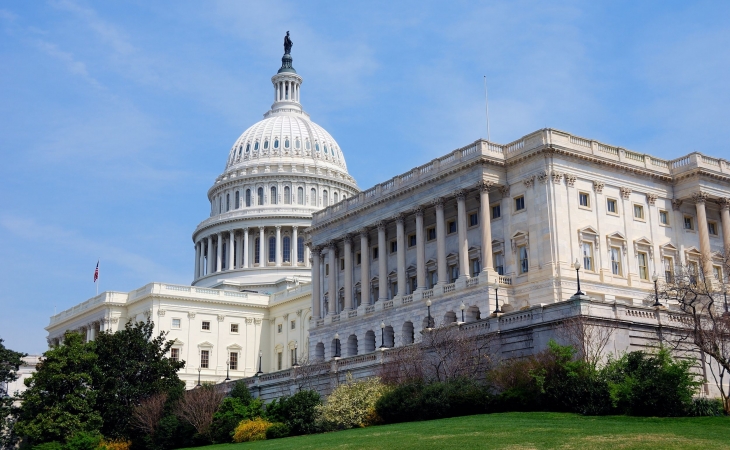 The following quote may be attributed to Alliance Defending Freedom General Counsel Kristen Waggoner regarding the U.S. Congress’s reintroduction Thursday of the deceptively titled “Equality Act,” legislation that could be used to restrict the religious freedom of churches and religious nonprofits including religious schools; set back protections for women on the playing field, at work, and in private spaces like showers and locker rooms; as well as inhibit the ability of everyday Americans to live in alignment with their beliefs:

“Our nation’s laws should respect the constitutionally guaranteed freedoms of every American citizen. All of us—regardless of sex or any other classification—deserve better than the profound inequality that the conscience-crushing, deceptively titled 'Equality Act' reintroduced by Congress today promises. This proposed legislation punishes and marginalizes people who hold decent and honorable beliefs about marriage or dare to believe the scientific evidence regarding the physical differences between men and women. The Equality Act would deny female athletes fair competition in sports, ignore women’s unique health needs, and force vulnerable girls to share intimate spaces with men who identify as female.

“Many in our nation respectfully disagree on important matters such as marriage and human sexuality. Unfortunately, the Equality Act criminalizes these fundamental beliefs held by major faith groups since the dawn of time and, instead, demands absolute uniformity of thought. The freedom to live peaceably according to our beliefs is a fundamental right, resting in our human dignity and codified by the First Amendment. The Equality Act dares to treat reasonable people as hostile to the state and unfit to participate in the marketplace. Our nation can and must do better.”

Under a similar policy ADF is challenging in Connecticut, two males identifying as girls have taken 15 women’s state championship titles, depriving numerous female athletes of medals, advancement opportunities, and fair competition. In Alaska, the city of Anchorage used a similar law to try to force a women’s shelter to allow biological men who identify as women to sleep just three feet away from women in the shelter, many of whom have survived rape, sex trafficking, and domestic violence. In New York, the state has threatened to force a faith-based adoption provider to immediately phase out its adoption program for the nonprofit’s policy prioritizing the placement of children it serves in homes with a married mother and father.