Description:  Christian student organization, Ratio Christi, filed a federal lawsuit against the University of Nebraska-Lincoln for failing to distribute money collected from mandatory student fees to student organizations in a fair, viewpoint-neutral manner. 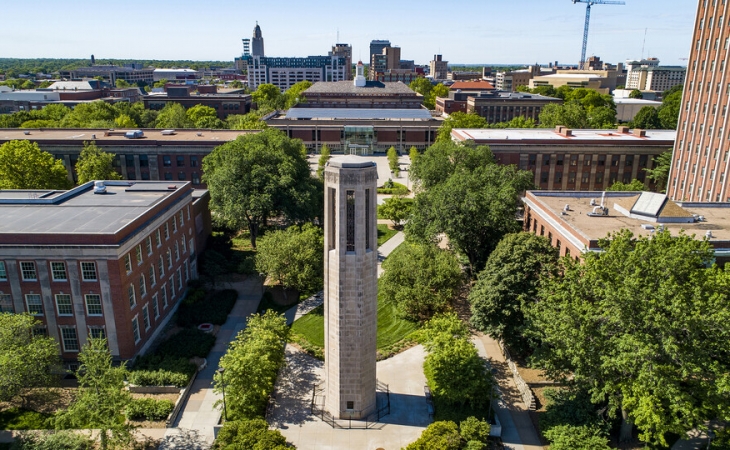 ADF represents Ratio Christi in lawsuit against university for discrimination based on the group’s views
Wednesday, Oct 27, 2021

The university denied Ratio Christi’s request of $1,500 in student activity funding to bring in a respected philosopher who taught at UNL for several decades because, according to the university, it could not promote “speakers of a political and ideological nature.” The university told Ratio Christi that, to receive any funding, the student organization would have to “provide another spokesperson with a different ideological perspective” to counterbalance Dr. Robert Audi’s Christian views. However, the university spends thousands of dollars each year hosting and funding events that are political and ideological in nature without imposing the same requirement.

“Public universities should be eager to support an inclusive environment that showcases a variety of viewpoints, not dismiss those with whom the administration disagrees,” said ADF Legal Counsel Michael Ross. “The University of Nebraska–Lincoln has failed to ensure its student organizations are treated fairly and objectively; it turned down Ratio Christi’s reasonable request because of a blatant bias against its particular religious and ideological viewpoint.”

“Today’s college students are the future leaders of our country, which is why it is critical that universities model our First Amendment values,” said ADF Senior Counsel Gregg Walters. “The University of Nebraska–Lincoln now has the tremendous responsibility and opportunity to protect freedom of speech on its campus.”

Ratio Christi is a recognized student organization that seeks to advance, teach, and defend Christian beliefs. As part of its mission, Ratio Christi regularly hosts events on campus that discuss topics like philosophy, ethics, politics, and current events from a Christian perspective.

In recent years, ADF has reached successful settlements with universities in Georgia and Colorado after they agreed to change their policies to protect Ratio Christi’s First Amendment rights. Additionally, ADF attorneys filed a federal lawsuit Monday on behalf of Ratio Christi against the University of Houston-Clear Lake for discriminating against the group’s Christian beliefs by excluding Ratio Christi from Registered Student Organization status and the benefits that come with that recognition.

Gregg Walters serves as senior counsel for the Center for Academic Freedom with Alliance Defending Freedom, where he defends the First Amendment freedoms of college students and student organizations on university campuses. Before joining ADF in 2020, Walters served as an Assistant United States Attorney in the United States Attorney’s Office for the Central District of Illinois. During his 18 years with the Department of Justice, Walters prosecuted a wide variety of federal criminal cases, including child exploitation, fraud, and violent crime matters. In his last five years as a federal prosecutor, he served as appellate chief, personally briefing and arguing over 60 appeals in the U.S. Court of Appeals for the 7th Circuit. Before his time with the DOJ, Walters clerked for the Honorable Michael M. Mihm, a federal district judge, and was in private practice. A former officer in the U.S. Army, Walters graduated from the United States Military Academy with a B.S. in systems engineering. After his military service, he earned his J.D. summa cum laude from the Southern Illinois University School of Law. Walters is a member of the state bars of Arizona and Illinois and is admitted to practice in multiple federal district and appellate courts, including the U.S. Supreme Court.