Ratio Christi at the University of Houston–Clear Lake v. Khator

Description:  Christian student organization, Ratio Christi, filed a federal lawsuit against the University of Houston-Clear Lake for discriminating against the group’s Christian beliefs by excluding Ratio Christi from Registered Student Organization status and the benefits that come with that recognition. 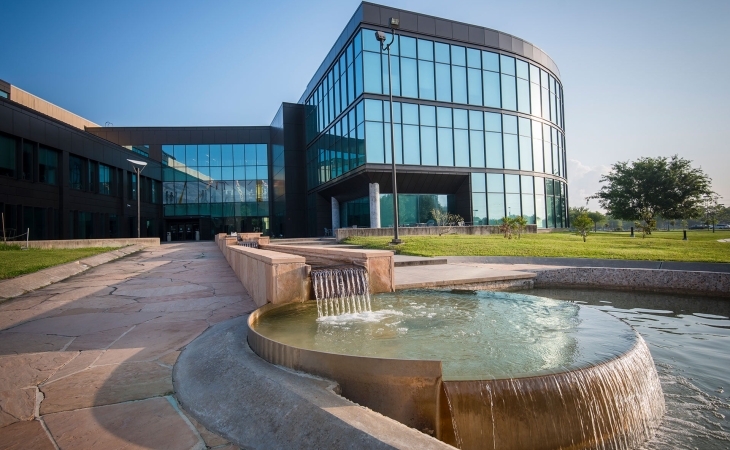 HOUSTON – Christian student organization, Ratio Christi, secured another First Amendment campus win, this time at the University of Houston-Clear Lake, following a federal lawsuit brought by Alliance Defending Freedom attorneys. As part of a settlement, the university agreed to a policy change that allows Ratio Christi, and other campus groups, to choose leaders who agree with their values and mission. In light of the settlement, ADF attorneys filed a voluntary dismissal of the case Tuesday.

“All students deserve to be treated fairly and without discrimination based on their faith, and I commend the University of Houston-Clear Lake general counsel’s office for taking swift action to ensure Ratio Christi is given equal opportunity among its peer groups,” said ADF Legal Counsel Caleb Dalton. “The University is supposed to be a free market of ideas. To meet that ideal, public universities must vigilantly protect the constitutional rights of students to freely speak and gather according to their religious beliefs.”

ADF attorneys represent Ratio Christi, which had filed the lawsuit against the university for discriminating against the group’s Christian beliefs by excluding it from Registered Student Organization status and the benefits that come with that recognition. The university excluded Ratio Christi because it requires its leaders to agree with its values and mission. Other organizations recognized by the university had similar requirements of their leaders.

“We are pleased to see the university resolve this matter to respect the First Amendment rights of Ratio Christi and accommodate the organization’s commonsense leadership requirements. We hope other universities will follow the lead of the University of Houston at Clear Lake,” said ADF Senior Counsel Gregg Walters. “Public universities across the country are learning that there are consequences when they unlawfully discriminate against students or student groups based on their faith.”

ADF attorneys filed Ratio Christi at the University of Houston–Clear Lake v. Khator in the U.S. District Court for the Southern District of Texas. Murphy Klasing of Weycer, Kaplan, Pulaski & Zuber, P.C. in Houston, one of nearly 3,500 attorneys allied with ADF, is serving as local counsel.

In recent years, ADF has also reached successful settlements with universities in Georgia and Colorado after they agreed to change their policies to protect Ratio Christi’s First Amendment rights.

Caleb Dalton, serves as legal counsel with Alliance Defending Freedom, where he plays a key role at the Center for Academic Freedom. Since joining ADF in 2013, Dalton has engaged in cultural advocacy and litigation on behalf of government agencies and private individuals to affirm the value of marriage and the fundamental rights of free speech and free exercise of religion. In 2017, Dalton joined the Center for Academic Freedom where he represents clients seeking to speak freely on campus without fear of unconstitutional government censorship. Dalton earned a J.D. at the Regent University School of Law, graduating cum laude. A member of the bar in the Commonwealth of Virginia, the District of Columbia, and Arizona, he is also admitted to multiple federal district and appellate courts.

Gregg Walters serves as senior counsel for the Center for Academic Freedom with Alliance Defending Freedom, where he defends the First Amendment freedoms of college students and student organizations on university campuses. Before joining ADF in 2020, Walters served as an Assistant United States Attorney in the United States Attorney’s Office for the Central District of Illinois. During his 18 years with the Department of Justice, Walters prosecuted a wide variety of federal criminal cases, including child exploitation, fraud, and violent crime matters. In his last five years as a federal prosecutor, he served as appellate chief, personally briefing and arguing over 60 appeals in the U.S. Court of Appeals for the 7th Circuit. Before his time with the DOJ, Walters clerked for the Honorable Michael M. Mihm, a federal district judge, and was in private practice. A former officer in the U.S. Army, Walters graduated from the United States Military Academy with a B.S. in systems engineering. After his military service, he earned his J.D. summa cum laude from the Southern Illinois University School of Law. Walters is a member of the state bars of Arizona and Illinois and is admitted to practice in multiple federal district and appellate courts, including the U.S. Supreme Court.