Description:  University of North Texas officials fired a math professor after he jokingly wrote a message on a chalkboard in the teachers' lounge. After discovering some flyers in the faculty lounge about “microaggressions,” Dr. Nathaniel Hiers wrote, “Please don’t leave garbage lying around” with an arrow pointing to the flyers. The following week, the head of the math department fired Hiers without notice by cancelling his contract to teach in the spring semester. Hiers is suing the university for violating his First Amendment rights. 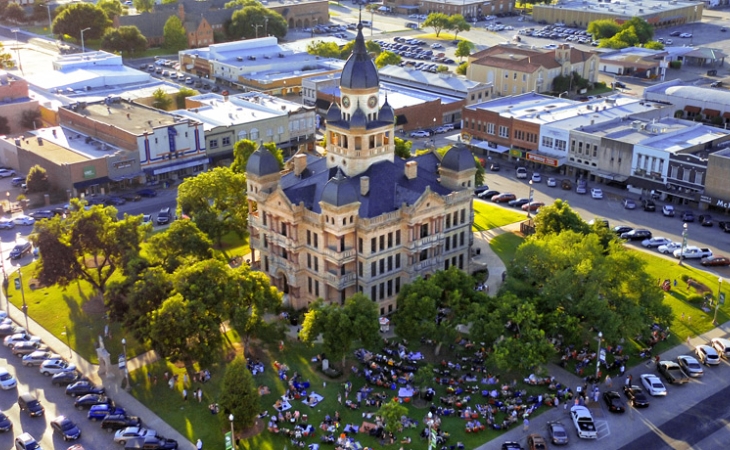 SHERMAN, Texas – In a victory for free speech on public university campuses, the University of North Texas has agreed to pay $165,000 in damages and attorneys’ fees for violating a math professor’s First Amendment rights when it fired him for writing a joke criticizing microaggressions on a chalkboard in the teachers’ lounge.

Alliance Defending Freedom attorneys represent Nathaniel Hiers in his lawsuit against the university. After discovering flyers in the mathematics department’s faculty lounge about “microaggressions,” Hiers jokingly wrote on the chalkboard, “Please don’t leave garbage lying around,” with an arrow pointing to the flyers. The following week, the head of the math department fired Hiers by cancelling his contract to teach in the spring, admitting that he fired Hiers because he criticized the flyers and didn’t express “honest regret” about his actions.

“The First Amendment guarantees Dr. Hiers—and every other American—the right to express his viewpoint without government punishment,” said ADF Legal Counsel Michael Ross. “We’re pleased to see this case settled favorably not only for Dr. Hiers but also to help protect freedom of speech for every student and teacher at public universities across the country.”

In March, the U.S. District Court for the Eastern District of Texas, Sherman Division, allowed the lawsuit to proceed and ruled that the university could be liable for damages for violating clearly established law.

“Public universities can’t fire a professor just because they disagree with the professor’s personal viewpoint,” said ADF Senior Counsel Tyson Langhofer, director of the ADF Center for Academic Freedom. “As the court noted in its March ruling, simply because Dr. Hiers ‘jokingly referr[ed] to the flyer as ‘garbage’ does not deprive his speech of the First Amendment’s protection.’ We hope this is the first step in the university restoring its role as a marketplace of ideas rather than an echo chamber for one viewpoint.”

In light of the settlement in Hiers v. The Board of Regents of the University of North Texas System, ADF attorneys filed a stipulated dismissal of the case Thursday.

Michael Ross serves as legal counsel for the Corporate Engagement Team with Alliance Defending Freedom, where he assists in developing and implementing successful legal solutions and corporate engagement strategies to neutralize mounting corporate hostility to people of faith and to encourage corporations to respect free speech, religious freedom, and life. Ross previously served on the Center for Academic Freedom Team, defending the First Amendment freedoms of college students and student organizations on university campuses. Ross earned his Juris Doctor in 2016 from Vanderbilt Law School, where he served as president of the Christian Legal Society and executive authorities editor for the Vanderbilt Transnational Law Journal. He obtained B.A. degrees in mathematics and religious studies from Vanderbilt University in 2010. Ross is a member of the bar in Tennessee.