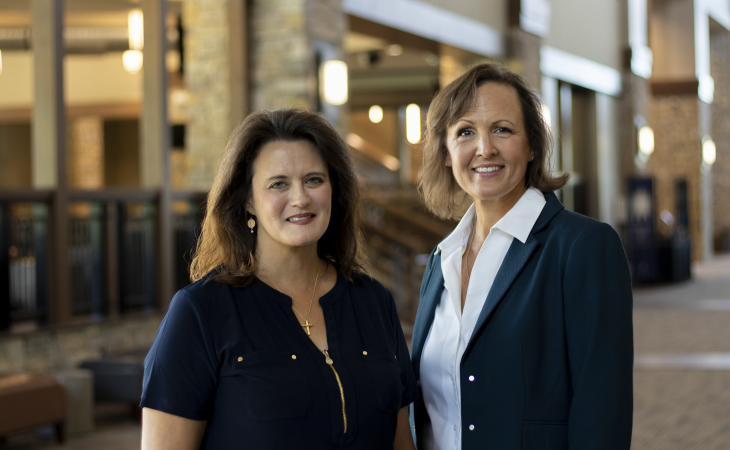 ** UPDATE: On Friday, ADF attorneys filed the motion for temporary restraining order and preliminary injunction mentioned in the news release below. The motion asks the court to immediately halt enforcement of the school district’s new policy so that faculty will not be subject to it while this lawsuit moves forward. **

ALEXANDRIA, Va. – Alliance Defending Freedom attorneys representing three teachers filed papers on Monday to amend their lawsuit against the Loudoun County School Board to challenge a new policy the board passed last week forcing faculty and students to speak a message contrary to their beliefs. The policy requires all faculty and students, regardless of their beliefs about biological sex and gender, to use the pronouns that students demand regardless of their biological sex. ADF attorneys intend to ask the court to halt enforcement of that portion of the policy while the case moves forward.

Two faculty members, Loudoun County High School history teacher Monica Gill and Smart’s Mill Middle School English teacher Kim Wright, seek to join the suit, which ADF attorneys originally filed in June on behalf of Leesburg Elementary School physical education teacher Tanner Cross. The board suspended Cross merely for voicing objections to the then-proposed policy during the public comment period of a May school board meeting. The court ruled that the board’s actions against Cross were likely unconstitutional and ordered his reinstatement while the lawsuit proceeds.

“Teachers shouldn’t be forced to promote ideologies that are harmful to their students and that they believe are false,” said ADF Senior Counsel Tyson Langhofer, director of the ADF Center for Academic Freedom. “Loudoun County Public Schools is now requiring all teachers and students to deny truths about what it means to be male and female and is compelling them to call students by their chosen pronouns or face punishment. Public employees cannot be forced to contradict their core beliefs just to keep a job. Freedom—of speech and religious exercise—includes the freedom not to speak messages against our core beliefs.”

The new policy forces all of the school district’s students and staff to refer to “gender-expansive or transgender” students using whatever gender pronoun is chosen by the student, regardless of whether the pronoun is consistent with the student’s biological sex.

The amended complaint filed with the Loudoun County Circuit Court in Cross v. Loudoun County School Board, pending the court’s approval, explains that if Gill, Wright, and Cross were to comply with the school board’s demands, “they would be forced to communicate a message they believe is false—that gender identity, rather than biological reality, fundamentally shapes and defines who we truly are as humans, that our sex can change, and that a woman who identifies as a man really is a man, and vice versa. But if they refer to students based on their biological sex, they communicate the views they actually believe—that our sex shapes who we are as humans, that this sex is fixed in each person, and that it cannot be changed, regardless of our feelings or desires.”

“Whether the topic is immigration, healthcare, welfare, or no-cost higher education, our society debates important issues every day,” the amended complaint continues. “It is not disruptive to civilly disagree about these issues or to peacefully voice that disagreement in a public school board meeting. A truly tolerant society can permit such differences and accommodate all views, and so can a school district. But here, [school board members] have refused to find middle ground. They have made this case about far more than titles or pronouns; they have taken a side in a national debate over competing views of human nature and compelled conformity to, and support for, only one view. Under the timeless free speech principles enshrined in the Virginia Constitution and laws, [school district officials] cannot compel one side to voice the other’s beliefs.”