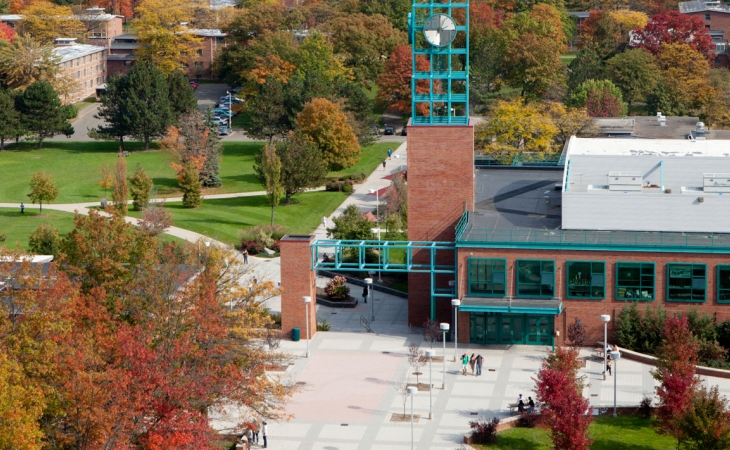 BINGHAMTON, N.Y. – Alliance Defending Freedom and King & Spalding attorneys filed a lawsuit Wednesday on behalf of Young America’s Foundation, College Republicans for the State University of New York at Binghamton, and a Binghamton student, challenging the unconstitutional actions and policies of the university that facilitated a mob’s disruption of a conservative speaker.

Renowned economist and presidential medal of honor recipient Dr. Arthur Laffer was scheduled to give an extracurricular lecture entitled “Trump, Tariffs, and Trade Wars” at Binghamton University on Nov. 18, an event co-hosted by College Republicans and YAF. University police and administrators knew that a student group and an outside group planned to disrupt the event, gave disruptors direct access to the event and an adjacent room to organize the disruption, and allowed the mob to shout down the visiting economist and cancel the event.

“Everyone should be free to speak about their beliefs, especially on a public university campus,” said ADF Senior Counsel Tyson Langhofer, director of the ADF Center for Academic Freedom. “Instead, the student groups and Dr. Laffer encountered violent opposition to an extracurricular event that provided some deeply needed viewpoint diversity. Unfortunately, SUNY-Binghamton officials and police utterly refused to protect the First Amendment rights of its students and Dr. Laffer. Instead, they encouraged the mob and stood by as megaphone-wielding activists shut down the event. These students and their guests have the same right to speak as anyone else without fear of being physically assaulted or relentlessly antagonized by hostile disruptors. This blatant viewpoint discrimination cannot stand.”

Four days before the event, College Republicans hosted a table where they handed out hot chocolate and flyers promoting the upcoming lecture. Using social media messages, members of the College Progressives student organization incited individuals to “disrupt this disgusting space.” According to the complaint and video footage, approximately 200 persons gathered, confiscated and destroyed event flyers, broke down the College Republicans’ table, hurled insults and obscenities at their members, and physically assaulted one member, forcibly removing her hat bearing the political slogan “Make America Great Again.”

When university police arrived, they refused to disperse the hostile mob but directed College Republicans to vacate the area as the mob chanted “pack it up.” Immediately following the disruption, YAF hired a private security firm to offer personal protection to Laffer and asked the university to ensure the event would continue without interruption. However, on the day of the event, school administrators admitted knowledge of threats by College Progressives and a non-student group, Progressive Leaders of Tomorrow, to disrupt the event. Rather than promising protection, university police blamed YAF and College Republicans for opening their event to the public instead of hosting a private event. University police allowed protestors to shout down the speaker with a megaphone without any intervention for nearly two minutes before directing Laffer’s security to escort him out of the lecture hall before he had the opportunity to speak.

“The First Amendment protects the free speech rights of people of all beliefs. Public universities that pick and choose which voices can be heard on campus violate the First Amendment,” said co-counsel Andrew C. Hruska of international law firm King & Spalding. “Universities have an obligation to protect students’ free speech rights, regardless of their viewpoint. University officials that let loose a mob to suppress disfavored speech are as guilty as the mob itself of depriving students of their civil rights. SUNY students deserve better.”

“The free and open exchange of ideas is critical to a student’s education, but SUNY-Binghamton is shamefully depriving its student body of an intellectually diverse learning environment,” said YAF Spokesman Spencer Brown. “All students have the constitutionally protected freedom to organize events and have their voices heard without fear of being targeted and shut down by university-encouraged mobs. Young America’s Foundation remains committed to holding school administrators accountable for their censorship of conservative students at SUNY-Binghamton and across the country.”
ADF attorneys and Hruska and Joseph L. Zales, attorneys with King & Spalding, filed the lawsuit, Young America’s Foundation v. Stenger, in the U.S. District Court for the Northern District of New York.
The ADF Center for Academic Freedom is dedicated to ensuring freedom of speech and association for students and faculty so that everyone can freely participate in the marketplace of ideas without fear of government censorship.
# # # | Ref. 71841