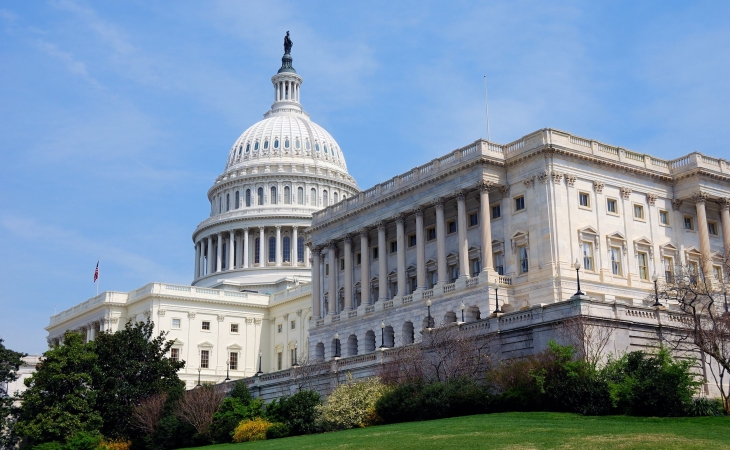 The following quote may be attributed to Alliance Defending Freedom Senior Counsel Denise Burke regarding the failure Wednesday of the deceptively named “Women’s Health Protection Act” to pass the U.S. Senate for the second time this year:

“Today the U.S. Senate once again rejected legislation that would have endangered women and unborn babies under the guise of ‘health care.’ The so-called ‘Women’s Health Protection Act’ would have prohibited most—if not all—of the reasonable state laws related to abortion that are currently in place to protect the health of pregnant mothers, the dignity of unborn children, and the integrity of the medical profession. Despite claims from Senate Democrats that this legislation is about preserving Roe v. Wade in anticipation of a decision from the U.S. Supreme Court in Dobbs v. Jackson Women’s Health Organization, the bill goes well beyond even the current Roe standard in its attempt to entrench unrestricted abortion access until birth. Time and time again the American people have expressed opposition to such extreme abortion policies, yet congressional Democrats insist on enacting legislation that appeals solely to the abortion industry and its allies. We commend the members of the Senate who took a stand against this destructive legislation, and we will continue to fight alongside them to ensure policies are enacted that truly support women and protect innocent life.”

Denise Burke serves as senior counsel with Alliance Defending Freedom, where she is a member of the Center for Legislative Advocacy. In this role, her efforts are directed toward protecting life from conception to natural death and defending the conscience rights of health care professionals. Prior to joining ADF, Burke served as vice president of legal affairs for Americans United for Life. She began her career with the Judge Advocate General’s Corps, United States Air Force, both on active duty and in the reserve. Rising to the rank of lieutenant colonel, she served as an instructor at the USAF JAG School and on the editorial board of the Air Force Law Review. In response to the terrorist attacks of Sept. 11, 2001, Burke volunteered to serve again on active duty. In recognition of her service, the Air Force awarded her the Meritorious Service Medal, the National Defense Service Medal, and the Global War on Terrorism Service Medal. A member of the state bar of Texas, Burke is admitted to practice before the U.S. Supreme Court, the Court of Appeals for the Armed Forces, and multiple federal district and appellate courts. She earned her bachelor’s degree in business management from the University of Maryland, followed by her Juris Doctor from Southern Methodist University.