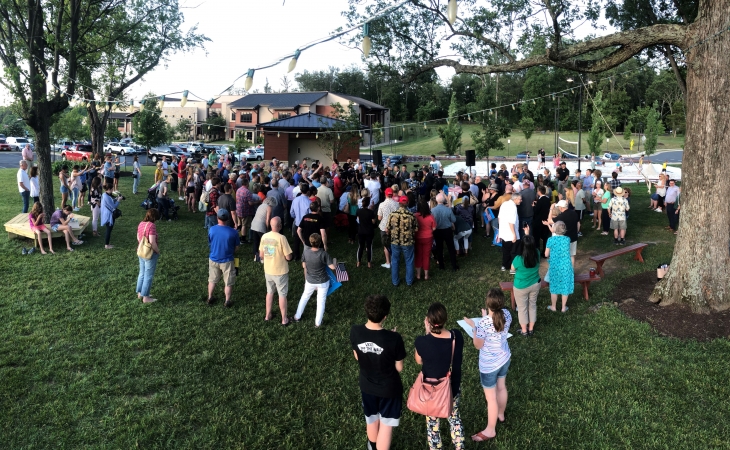 WHAT: Rally in support of Cross and his lawsuit, Cross v. Loudoun County School Board

LEESBURG, Va. – Leesburg Elementary School teacher Tanner Cross, suspended by Loudoun County Public Schools for voicing his objections to two proposed policies during the public comment period of a school board meeting, will speak Friday at a rally organized to support him and his recently filed lawsuit against the school district. Alliance Defending Freedom Senior Counsel Tyson Langhofer, who represents Cross in the suit, will also speak and be available for media interviews. Community members who support Cross will give remarks as well.

ADF attorneys representing Cross filed suit Tuesday after officials suspended him for voicing his objections to the proposed policies during the May 25 school board meeting. ADF attorneys also filed a motion for a temporary restraining order and preliminary injunction that would, if granted, halt the school district’s retaliation against Cross while the lawsuit moves forward. The policies would force teachers to violate their conscience as educators and their deeply held beliefs by requiring them to address students with their chosen pronouns rather than the ones consistent with their biological sex.

“Public schools have no right to suspend someone simply for respectfully providing their opinion at a public meeting,” said Langhofer, who directs the ADF Center for Academic Freedom. “The school district favors a certain set of beliefs on a hotly contested issue, and it wants to force Tanner to cry uncle and endorse them as well. That’s neither legal nor constitutional, and neither was the school’s move to place Tanner on leave.”

At the school board meeting, Cross respectfully explained his concern for students who struggle with gender dysphoria and also his concern about being forced to speak something he knows to be false and to violate his beliefs. Two days after the meeting, the school informed Cross in a letter that he was being placed on administrative leave “pending an investigation of allegations that [he] engaged in conduct that had a disruptive impact on the operations of Leesburg Elementary School.”

ADF attorneys sent a letter to the school district on May 28 explaining that placing Cross on leave and barring him from campus because of his constitutionally protected speech constituted illegal retaliation. ADF requested that the school reinstate Cross, rescind the suspension and remove the letter from his file, and refrain from any future retaliation against protected speech if the district wished to avoid legal action. The school responded to the letter by doubling down on its unconstitutional actions and stating that it intends to stand by its decision to suspend Cross.

As the lawsuit Cross v. Loudoun County School Board filed in Loudoun County Circuit Court explains, the school board’s actions violated the Virginia Constitution when it punished Cross by retaliating against him for expressing his beliefs in a public forum, and also violated his free exercise of religion by discriminating against his religious beliefs.