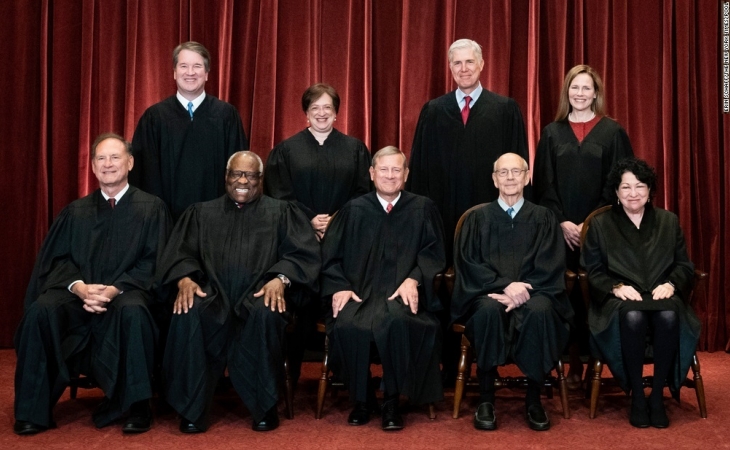 “Every American should be free to peacefully support causes they believe in without fear of harassment or intimidation,” said Bursch. “Public advocacy is for everyone, not just those able to weather abuse. Forced donor disclosure is a threat to everyone and discourages both charitable giving and participation in the marketplace of ideas. The justices carefully listened to the arguments, and we hope the court will decide in favor of the First Amendment’s promise of the freedom to associate with like-minded groups, which includes the right to citizen privacy.”

Thomas More Law Center is a nonprofit organization based in Michigan that defends and promotes religious freedom, moral and family values, and the sanctity of human life. Roughly 5% of its donors are California residents, and it has operated as a charity in good standing with California’s attorney general for many years. Beginning in March 2012, the Attorney General’s Office began to harass the law center, demanding the names and addresses of its major donors.

A trial showed that the Attorney General’s Office had no compelling need for that confidential information and leaked it like a sieve. By storing confidential donor information on the internet, the office created a perfect target for hackers, where the data could be easily discovered.

During Monday’s oral argument, many of the justices’ questions were sympathetic to the law center’s and the foundation’s positions:

“Potential givers to charities have good reason to fear being doxed—that is, having their public information spread for malicious purposes,” Bursch added. “Too many are quick to ostracize, lambast, and threaten people who they disagree with politically or morally. This tendency—often described as ‘cancel culture’—shouldn’t be codified or aided by the force of law.”

Parties across the ideological spectrum—including 22 attorneys general, the ACLU, NAACP, HRC, ChinaAid, and others— filed friend-of-the-court briefs in support of the Thomas More Law Center.