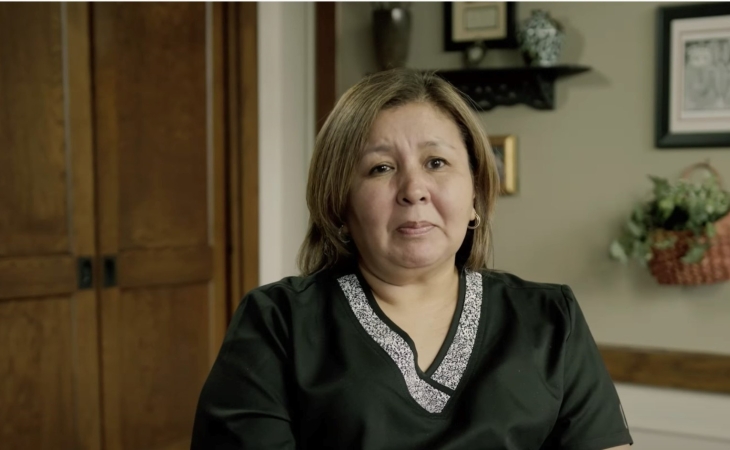 ROCKFORD, Ill. – An Illinois trial court ruled last week that a pediatric nurse was wrongfully forced out of her job for declining to assist with or refer for abortion or abortifacient contraceptives. The 17th Judicial Circuit Court in Winnebago County ruled in favor of Sandra Rojas, who sought protection under the Illinois Health Care Right of Conscience Act, bringing a favorable result to her lawsuit initially filed in 2016 against the Winnebago County Health Department.

Rojas worked as a pediatric nurse for the department for 18 years before they enacted a new requirement forcing nurses to undergo training on how to refer women to abortion facilities and help them access abortifacient contraceptives—actions that violated Rojas’ religious beliefs and conscience. Alliance Defending Freedom attorneys served as co-counsel for Rojas along with lead counsel Noel Sterett of Dalton & Tomich, one of more than 3,500 attorneys allied with ADF.

“Medical professionals should never be forced to engage in or promote activities that violate their beliefs or convictions,” said ADF Legal Counsel Elissa Graves. “Sandra found her calling serving as a pediatric nurse, helping children overcome health obstacles and lead fulfilling lives. She chose to practice medicine according to her conscience and religion—a right for medical providers that is protected under Illinois and federal law—yet the Winnebago County health department wrongfully forced her out of a job when she declined to participate in abortion-related services. The court’s ruling protects Sandra’s freedom to practice medicine and care for her young patients in a manner consistent with her conscience and religious beliefs.”

“The Health Department improperly discriminated against [Rojas] by refusing to accommodate her objections of conscience in her existing job at the clinic,” the court wrote in its ruling in Rojas v. Martell. “The Court has concluded that the Health Department could have reasonably accommodated [Rojas’] objections without removing her from her job.”

“No American should be forced to refer for abortions or assist patients in accessing abortifacients—least of all medical workers who entered the profession to follow their faith and save lives, not take them,” Sterett said. “The court’s decision is a win for all health care professionals throughout Illinois. Healthcare professionals should not be required to violate their conscience to keep their jobs.”

Elissa Graves serves as legal counsel with Alliance Defending Freedom, where she is a key member of the Center for Life. Since joining ADF in 2013, Graves has focused her efforts on protecting the First Amendment freedoms of pro-life pregnancy centers and their staff, as well as pro-life sidewalk counselors. Graves earned her Juris Doctor at the University of Texas School of Law in 2013. She is member of the state bars of Arizona, Texas, and the District of Columbia. Graves is also admitted to multiple federal courts, including the U.S. Supreme Court.