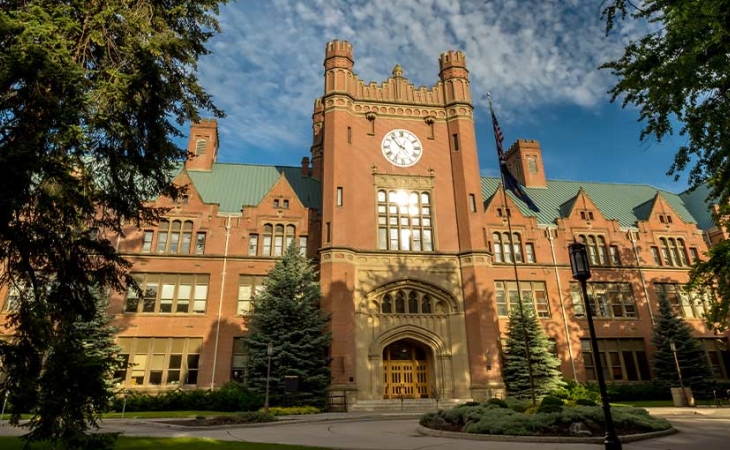 MOSCOW, Idaho – Alliance Defending Freedom attorneys representing three Christian law students filed suit Monday against University of Idaho officials for violating the students’ First Amendment rights by punishing them because of the religious content and viewpoint of their speech.

“Students of all religious and ideological stripes must be free to discuss and debate the important issues of our day, especially law students who are preparing for a career that requires civil dialogue among differing viewpoints,” said ADF Legal Counsel Michael Ross. “Yet the University of Idaho is shutting down Peter, Mark, and Ryan because of their religious beliefs. This is illegal behavior from any government official, and we urge the university officials to right their discriminatory actions immediately.”

Peter Perlot, Mark Miller, and Ryan Alexander are members of the Christian Legal Society chapter at the University of Idaho. When Perlot and Miller joined most of the other members of CLS at a “moment of community” gathering to condemn a discriminatory slur written at another campus, a law student approached them to ask why CLS requires its officers to affirm the belief that marriage is between a man and a woman. Miller respectfully explained that the chapter requires this because it is the only view of marriage and sexuality affirmed in the Bible.

Soon after, Perlot left a handwritten note for the student and told her that he would be happy to discuss this further so that they could both be fully heard and better understand one another’s views. A few days later, the student and several others publicly denounced CLS’s actions at a panel with the American Bar Association. Alexander attended that meeting and explained that the characterizations were inaccurate, that the biggest discrimination he had seen on campus was the discrimination against CLS and its religious beliefs, and that he was concerned about the state of religious freedom on campus.

Three days later, the university’s Office of Civil Rights and Investigations issued Perlot, Miller, and Alexander no-contact orders against the student even though the CLS members did not receive notice that anyone had complained about them and were not given an opportunity to review the allegations against them or defend themselves.

“Today’s university students will be tomorrow’s leaders, judges, and school administrators, so it’s imperative that university officials model the First Amendment freedoms they are supposed to be teaching their students,” said ADF Senior Counsel Tyson Langhofer, director of the ADF Center for Academic Freedom. “University of Idaho administrators cannot punish students because they dislike or disagree with their deeply held beliefs—that is religious discrimination and, unfortunately, necessitates this lawsuit.”

ADF attorneys filed the lawsuit, Perlot v. Green, in the U.S. District Court for the District of Idaho, Central Division. Local counsel in the case is Matthew Williams, one of more than 4,400 attorneys in the ADF Attorney Network.