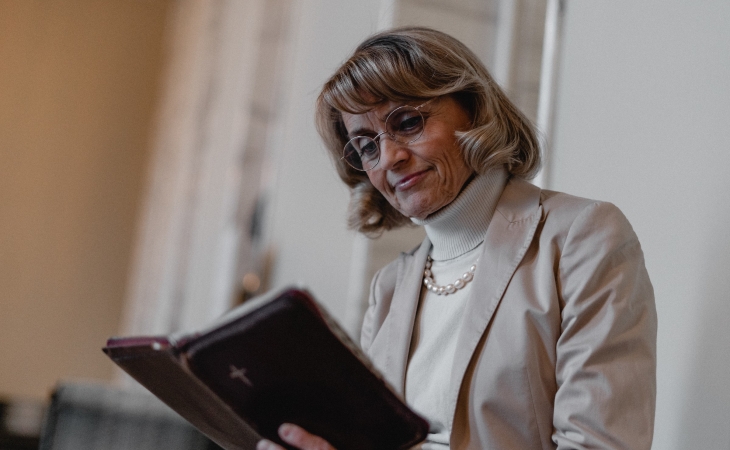 HELSINKI – A Finnish court has upheld the right to free speech by dismissing all charges against Finnish Parliamentarian Päivi Räsänen and Bishop Juhana Pohjola. In a unanimous ruling, the Helsinki District Court concluded that “it is not for the district court to interpret biblical concepts.” The prosecution was ordered to pay more than 60,000 euros in legal costs and has seven days to appeal the ruling.

The former Minister of the Interior had been charged with “hate speech” for sharing her faith-based views on marriage and sexual ethics in a 2019 tweet, a 2019 radio debate, and a 2004 pamphlet. Pohjola faced charges for publishing Räsänen’s pamphlet for his congregation over 17 years ago. Their case has garnered global media attention this year, as human rights experts voiced concern over the threat this case posed to free speech in Finland.

“I am so grateful the court recognized the threat to free speech and ruled in our favour. I feel a weight has been lifted off my shoulders after being acquitted. Although I am grateful for having had this chance to stand up for freedom of speech, I hope that this ruling will help prevent others from having to go through the same ordeal,” Räsänen said, following her victory.

The high-profile trial received significant attention, particularly after the prosecution attacked core Christian teachings and cross-examined the bishop and Räsänen on their theology in court. The prosecutor began the first day of the trial by arguing that the case was not about beliefs or the Bible. She then proceeded to quote Old Testament Bible verses and criticize the phrase “love the sinner, hate the sin.” In their closing statement, the prosecution alleged that the use of the word “sin” can be “harmful” and called for heavy fines in the event of a guilty verdict.

Räsänen’s defense, supported by the legal advocacy organization ADF International, argued that finding Räsänen guilty would significantly damage free speech in Finland. What Räsänen said, they argued, was an expression of Christian teaching. The court recognized that while some may object to Räsänen’s statements, “there must be an overriding social reason for interfering with and restricting freedom of expression.” The court concluded there was no such justification.

“We welcome the Helsinki District Court’s ruling. This is an important decision, which upholds the fundamental right to freedom of speech in Finland. In a free society, everyone should be allowed to share their beliefs without fear of censorship. This is the foundation of every free and democratic society. Criminalizing speech through so-called ‘hate-speech’ laws shuts down important public debates and poses a grave threat to our democracies,” said Paul Coleman, executive director of ADF International and author of “Censored: How European Hate Speech Laws are Threatening Freedom of Speech.”

ADF International will host a press conference on March 30 at 16:00 CEST. Räsänen, Pohjola, and Coleman be available for questions after their statements.

On both days of the trial, crowds gathered outside the Helsinki courthouse to express their support for the politician and the bishop. In Hungary, over 3,000 people gathered in front of the Finnish Embassy in Budapest to demonstrate against the charges before the closing arguments were heard.

Räsänen has also received letters of support from many denominations including the International Lutheran Council with Bishops and presidents of Synods from all over the world, the European Evangelical Alliance, Catholic and Pentecostal churches in Lithuania, representatives of the Evangelical, Catholic, Baptist, Pentecostal, Reformed and Unitarian churches in Romania, as well as the Evangelical Church of Macedonia, Christian NGOs in Latvia, and other individuals.

Several U.S. senators penned a letter addressed to Rashad Hussain, U.S. Ambassador-At-Large for International Religious Freedom, expressing their concern over the “alarming” prosecution of Räsänen: “We are greatly concerned that the use of Finnish hate speech law is tantamount to a secular blasphemy law. It could open the door for prosecution of other devout Christians, Muslims, Jews and adherents of other faiths for publicly stating their religious beliefs,” read the letter.

In January, UK MPs filed an Early Day Motion in Parliament, highlighting the controversial prosecution and raising concerns about “the potential implications of that case for other countries.”

Police investigations against Räsänen started in June 2019. As an active member of the Finnish Lutheran church, she had addressed the leadership of her church on Twitter and questioned its official sponsorship of the LGBT event ‘Pride 2019,’ accompanied by an image of Bible verses from the New Testament book of Romans. Following this tweet, further investigations against Räsänen were launched, going back to a church pamphlet Räsänen wrote almost 20 years ago.

In the last two years, Räsänen attended several lengthy police interrogations about her Christian beliefs—including being frequently asked by the police to explain her understanding of the Bible. In April 2021, Finland’s Prosecutor General had brought three criminal charges against Räsänen. Two of the three charges Räsänen faced had come after the police made strong recommendations not to continue the prosecution. Räsänen’s statements also did not violate the policies of Twitter or the national broadcaster, which is why they remained freely available on their platforms. The Helsinki District Court has now acquitted Räsänen of all charges.

Räsänen has served as a Finnish Member of Parliament since 1995. From 2004-2015 she was chair of the Christian Democrats and from 2011-2015 she was the Minister of the Interior. During this time, she held responsibility for church affairs in Finland.

ADF International is a faith-based legal advocacy organization that protects fundamental freedoms and promotes the inherent dignity of all people.

Paul Coleman serves as executive director of ADF International, overseeing the legal advocacy of all ADF International offices. Specializing in international human rights and European law, Coleman has been involved in more than 20 cases before the European Court of Human Rights and has authored submissions before the Inter-American Court of Human Rights, UN Human Rights Committee, and numerous national courts. Coleman earned his LL.M. and postgraduate diploma in legal practice from the Northumbria Law School, graduating with distinction. He also has a bachelor of laws from Newcastle University and graduated with first-class honours. Coleman is a solicitor of the Senior Courts of England and Wales and is the author of two books and numerous articles.