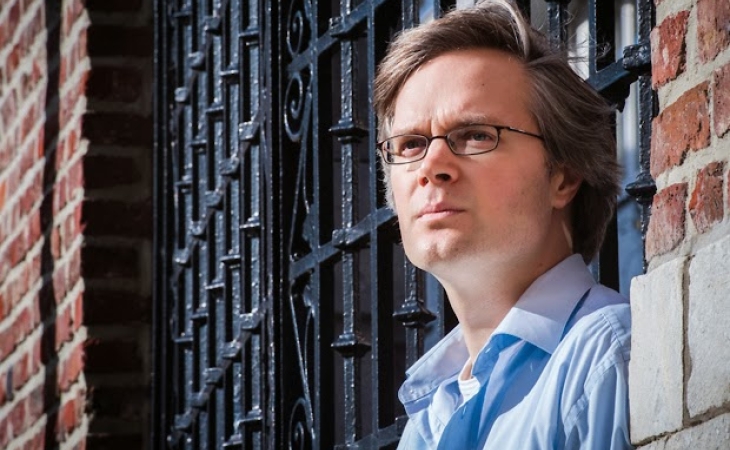 STRASBOURG, France – In a major case on the right to life, the European Court of Human Rights ruled Tuesday in favor of Tom Mortier, son of Godelieva de Troyer, who died by lethal injection in 2012 at age 64. Her euthanasia was conducted on the basis of a diagnosis of “incurable depression.” In the case, Mortier v. Belgium, the court found that Belgium violated the European Convention on Human Rights when it failed to properly examine the alarming circumstances leading to her euthanasia.

The court held that Belgium violated Article 2 of the European Convention on Human Rights, which says that everyone’s right to life shall be protected by law. The judgment pertained to the way in which Belgium’s Federal Commission for the Control and Evaluation of Euthanasia handled the facts surrounding de Troyer’s euthanasia and the lack of a speedy criminal investigation following de Troyer’s death. The court, however, stopped short of ruling that Belgium’s legislative framework per se violates the European Convention.

“[T]aking into account the crucial role played by the Commission in the a posteriori control of euthanasia, the Court considers that the control system established in the present case did not ensure its independence,” the court unanimously ruled. It thus found that Belgium failed to fulfill its positive procedural obligation under Article 2 both because of the lack of that independence and a prompt criminal investigation.

“We welcome the court’s finding of an Article 2 violation, which demonstrates the inadequacy of ‘safeguards’ for the intentional ending of life,” said ADF International Deputy Director Robert Clarke, who represented Tom Mortier before the court. “The facts of this case counter the notion that there is a so-called ‘right to die’ and lay bare the horrors that inevitably unfold across society when euthanasia is made legal. Unfortunately, while the court indicated that more ‘safeguarding’ is an appropriate solution to protecting life, it makes clear in its own ruling that laws and protocols were indeed insufficient to protect the rights of Tom’s mother.”

“It’s unfortunate that the court dismissed the challenge to the Belgian legal framework,” Clarke continued. “However, the takeaway is that the ‘safeguards’ touted as offering protection to vulnerable people should trigger more caution toward euthanasia in Europe—and the world. The reality is that there are no ‘safeguards’ that can mitigate the dangers of the practice once it is legal. Nothing can bring back Tom’s mother, but we hope this decision offers him some small measure of justice.”

Mortier’s mother approached the country’s leading euthanasia advocate, who, despite being a cancer specialist, ultimately agreed to euthanize her. Over a period of just a few months, she made a financial payment to his organization and was referred by him to see other doctors who were also part of the same association despite a requirement for independent opinions in the case of individuals not expected to die soon. The same doctor that euthanized her is also co-chair of the federal commission charged with approving euthanasia cases—a clear conflict of interest. Despite Belgium euthanizing an average of seven people per day, the commission has only ever referred one case for further investigation.

“The big problem in our society is that, apparently, we have lost the meaning of taking care of each other,” Mortier said after the euthanasia of his mother. Prior to her death by euthanasia, no one consulted with him or any other family member. According to the oncologist who administered the lethal injection to his mother, her diagnosis was “untreatable depression.”

Euthanasia in Belgium has been legal since 2002. The law specifies that the person must be in a “medically futile condition of constant and unbearable physical or mental suffering that cannot be alleviated, resulting from a serious and incurable disorder caused by illness or accident.”

Mortier’s mother was physically healthy, and her treating psychiatrist of more than 20 years doubted that she satisfied the requirements of the Belgian euthanasia law. Neither the oncologist who administered the injection nor the hospital informed him that she was even considering euthanasia. Mortier found out the day after she was euthanized, when the hospital asked him to make necessary arrangements for his deceased mother.

“My mother suffered from severe mental difficulties and coped with depression throughout her life,” Mortier recalled. “She was treated for years by psychiatrists, and sadly, she and I lost contact for some time. It was during this time that she died by way of lethal injection. Never could I have imagined that we would be parted forever.”

In response to the ruling, Mortier said, “This marks the close of this terrible chapter, and while nothing can alleviate the pain of losing my mother, my hope is that the ruling from the court that there was indeed a violation of the right to life will put the world on notice as to the immense harm euthanasia inflicts not just on people in vulnerable situations contemplating ending their lives but also their families and ultimately society.”

“It is clear that the so-called ‘safeguards’ failed because intentional killing can never be safe,” Clarke explained. “This ruling serves as a stark reminder that we must be unfailing in our commitment to advocating for the right to life and the truth that people have inherent dignity no matter their age or health condition.”

ADF International is a faith-based legal advocacy organization that protects fundamental freedoms and promotes the inherent dignity of all people.

Robert E. Clarke serves as legal counsel and director of European advocacy for ADF International at its office in Vienna, Austria. He specializes in religious freedom issues and cases before the European Court of Human Rights as well as leading efforts across Europe in defence of life, family, and religious freedom. Prior to joining ADF International, Clarke was in-house counsel for the Nursing and Midwifery Council in London, prosecuting cases of medical misconduct. He qualified as a barrister at 2 Bedford Row in London, specializing in criminal and regulatory law. Clarke earned his LL.B with American law from the University of Nottingham with honours in 2012, having spent one year at the University of Virginia School of Law. He also completed the Bar Professional Training Course at Nottingham Law School. Clarke completed the ADF leadership development program to become a Blackstone Fellow in 2011. He is qualified as a barrister and is admitted to the Bar of England and Wales.