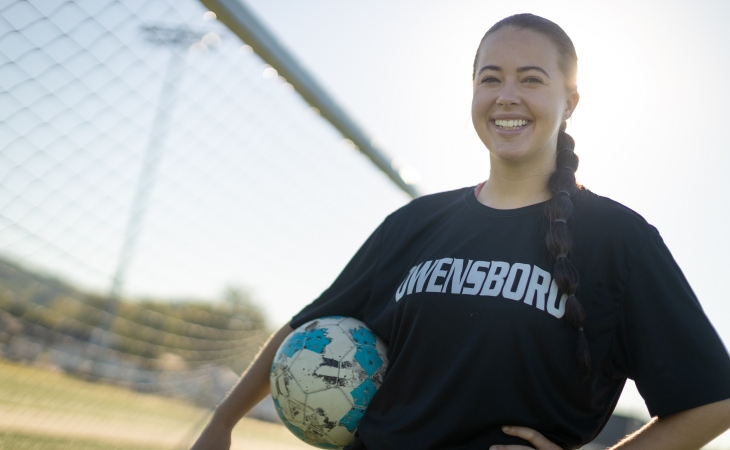 CHARLESTON, W.V. – A federal district court issued a decision Thursday that upholds West Virginia’s Save Women’s Sports Act, H.B. 3293, rejecting a legal challenge to the law that would have undermined women’s sports in the state by allowing males who identify as female to compete with females in girls’ and women’s sports.

“Today’s decision is a win for reality. The truth matters, and it is crucial that our laws and policies recognize that the physical differences between men and women matter, especially in a context like sports,” said ADF Senior Counsel Christiana Kiefer. “Female athletes deserve to compete on a level playing field. Allowing males to compete in girls’ sports destroys fair competition, safety on the field, and women’s athletic opportunities. Female athletes across the country are losing medals, podium spots, public recognition, and opportunities to compete because of males competing in women’s sports. The court was right to affirm that West Virginia’s law is not only constitutional, but consistent with Title IX.”

“While some females may be able to outperform some males, it is generally accepted that, on average, males outperform females athletically because of inherent physical differences between the sexes,” the court wrote in its decision. “This is not an overbroad generalization, but rather a general principle that realistically reflects the average physical differences between the sexes. Given [the challenger]’s concession that circulating testosterone in males creates a biological difference in athletic performance, I do not see how I could find that the state’s classification based on biological sex is not substantially related to its interest in providing equal athletic opportunities for females.”

“I believe that protecting fairness in women’s sports is a women’s rights issue,” said Armistead. “This isn’t just about fair play for me: It’s about protecting fairness and safety for female athletes across West Virginia. It’s about ensuring that future generations of female athletes are not discriminated against but have access to the same equal athletic opportunities that shaped my life. Being an athlete in college has made me even more passionate about the sport that I play. I want fairness, equality, and safety in sports. And I want to ensure those standards are protected for other girls, too.”

Timothy D. Ducar, one of more than 3,500 attorneys allied with ADF, is co-counsel for Armistead in the case. Brandon Steele is serving as local counsel.