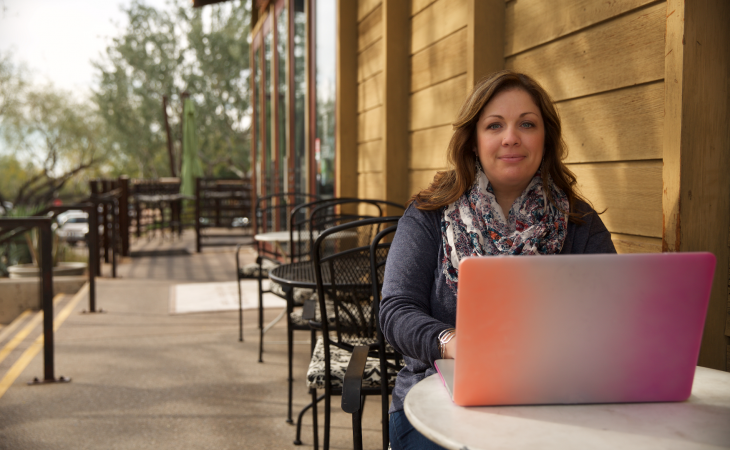 Colorado web designer: Govt shouldn’t force anyone to promote views they disagree with

DENVER – Alliance Defending Freedom attorneys representing Colorado web designer Lorie Smith and her studio, 303 Creative, filed their opening brief Wednesday in an appeal of a federal district court’s order that upheld a state law provision gagging creative professionals from talking about their beliefs when explaining their business decisions. The September 2019 order finalized a May ruling and added to a previous decision that allows Colorado officials to force Smith to design and publish websites promoting messages or causes that conflict with her beliefs.

In the May ruling in 303 Creative v. Elenis, the district court said that it ruled as it did because it “assumes the constitutionality” of the Colorado law. Other courts have recently found otherwise about similar laws in Minnesota and Arizona.

“The government shouldn’t threaten a web designer with fines to force her to publish websites that violate her beliefs,” said ADF Senior Counsel Jonathan Scruggs, director of the ADF Center for Conscience Initiatives. “The district court shouldn’t have ‘assumed’ Lorie’s decision to act consistently with her conscience was illegal without any analysis of that question, especially when other courts have upheld free speech rights in similar contexts. As Colorado itself admits, Lorie works with all people; she just doesn’t promote all messages. The state must protect, not threaten, the freedom of online speakers and other artists to choose which messages to express through their own projects. We are asking the 10th Circuit to uphold this basic First Amendment freedom.”

“The government should never force a Muslim artist to photograph pornography, a gay designer to create a website promoting one-man, one-woman marriage, or a Jewish PR professional to craft anti-Israel propaganda…. Lorie Smith seeks the same freedom here…,” the opening brief filed with the 10th Circuit states. “While Lorie gladly serves everyone no matter who they are, she cannot create all content requested—including content that demeans, incites violence, or promotes any conception of marriage other than between one man and one woman.”

“[Colorado officials] concede that Lorie serves regardless of status, does not discriminate against LGBT persons, and makes only message-based referrals…,” the brief continues. “Yet Colorado still deploys its public-accommodation law (the Colorado Anti-Discrimination Act, or CADA) to (1) force Lorie to create websites celebrating same-sex weddings and (2) ban Lorie from posting a statement explaining the content she can create. This attack on Lorie’s faith and editorial freedom targets ‘the fundamental First Amendment rule’—that ‘a speaker has the autonomy to choose the content of [her] own message.’”

The lawsuit contends that Colorado Revised Statute § 24-34-601(2)(a) violates provisions of the U.S. Constitution, including the First Amendment’s Free Speech and Free Exercise clauses. The state law is the same one the commission twice used against cake artist Jack Phillips and Masterpiece Cakeshop.

Alliance Defending Freedom is an alliance-building, non-profit legal organization that advocates for the right of people to freely live out their faith.
# # # | Ref. 53263
303 Creative v. Elenis