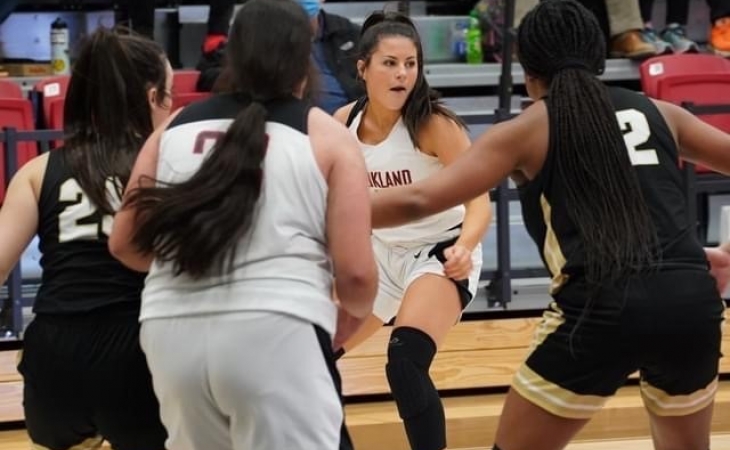 KNOXVILLE, Tenn. – Alliance Defending Freedom attorneys representing the Association of Christian Schools International and three female athletes in Arkansas filed a motion Monday asking a federal district court to allow them to intervene in a lawsuit that challenges the Biden administration’s reinterpretation of federal law that allows males to compete on female athletic teams.

Twenty state attorneys general, led by the state of Tennessee, are challenging a guidance document issued by the U.S. Department of Education and the U.S. Equal Employment Opportunity Commission that interprets Title IX of the Civil Rights Act, which prohibits “discrimination on the basis of sex,” to bar discrimination based on gender identity and sexual orientation. Among other things, this would require that schools subject to Title IX allow males who identify as female to participate on female athletic teams and use female-designated showers and locker rooms.

“Girls deserve to compete on a level playing field, and states, schools, and individuals across America are rightly stepping up to safeguard equal athletic opportunity for female students,” said ADF Senior Counsel Ryan Bangert. “The Biden administration’s radical push to redefine sex in federal law has widespread impact and specifically threatens female athletes. This undermines one of the driving purposes of Title IX to promote equality for women in athletics, and it jeopardizes the safety of female athletes by allowing physically stronger, faster, and larger males to compete on women’s teams. Our Constitution protects against this gross overreach of executive power, and the athletes and the Association of Christian Schools International that Alliance Defending Freedom represent are committed to protecting safe and fair opportunities for female athletes.”

In addition to representing ACSI, ADF attorneys are representing students Anna Scarborough, Cate Ford, and Amelia Ford, athletes at public schools in Arkansas, in the motion to intervene filed in The State of Tennessee v. United States Department of Education with the U.S. District Court for the Eastern District of Tennessee.

ACSI’s schools have approximately 500,000 students throughout the country. These schools compete against public schools that receive federal financial assistance and are required to adhere to the new federal mandate. This places Christian schools and their female athletes at a disadvantage because the public schools they compete against in athletic events would be required by the Biden administration to permit males to compete on female sports teams.

“The female athletes and ACSI seek to provide equal opportunities for women in athletics by maintaining sex-separated sports teams as guaranteed by Title IX,” the motion to intervene states. “The female athletes will show how allowing physiologically bigger, stronger, and faster biological males to compete in women’s sports personally harms their chance at fair competition and eliminates their ‘chance to be champions.’”

The states of Tennessee, Alabama, Alaska, Arizona, Arkansas, Georgia, Idaho, Indiana, Kansas, Kentucky, Louisiana, Mississippi, Missouri, Montana, Nebraska, Ohio, Oklahoma, South Carolina, South Dakota, and West Virginia filed the lawsuit on Aug. 30 “to prevent [federal] agencies from usurping authority that properly belongs to Congress, the states, and the people and to eliminate the nationwide confusion and upheaval that the agencies’ recent guidance has inflicted on states and other regulated entities.”

Andrew Fox, one of nearly 3,500 attorneys allied with ADF, is serving as local counsel in the case for ACSI and the female athletes.