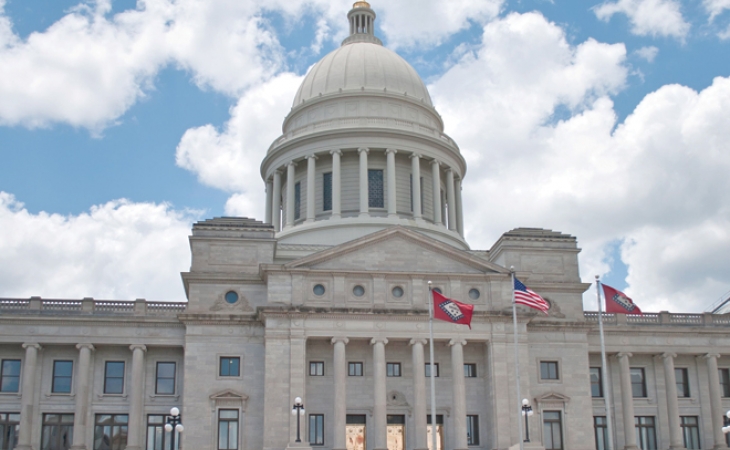 The following quote may be attributed to Alliance Defending Freedom Legal Counsel Christiana Holcomb regarding the Arkansas Legislature’s passage Monday of the Fairness in Women’s Sports Act (S.B. 354), a bill sponsored by Sen. Missy Irvin and Rep. Sonia Barker that protects opportunities for women and girls in athletics by ensuring they are not forced to compete against men playing on women’s sports teams:

“Girls deserve to compete on a level playing field. Allowing males to compete in girls’ sports destroys fair competition and women’s athletic opportunities. For years, courageous female athletes have been in the arena, fighting for a fair and level playing field for female athletes. We thank Sen. Missy Irvin and Rep. Sonia Barker for leading this effort in Arkansas and commend the legislature for passing the Fairness in Women’s Sports Act so that those opportunities will be protected across the state and so female athletes have a legal recourse if their rights are violated.

“When athletic policies try to reinterpret federal law and ignore biological differences, women and girls bear the brunt of the harm. We have seen increasing examples of males dominating girls’ athletic competitions when competing as females, capturing championships, and shattering long-standing female track records. Comparably fit and trained males will always have physical advantages over females—that’s the reason we have girls’ sports. When we ignore science and biological reality, female athletes lose medals, podium spots, public recognition, and opportunities to compete. We thank Arkansas’ legislators for taking this problem seriously, and we urge Gov. Hutchinson to quickly sign this bill and help protect a rising generation of young women in Arkansas so they can continue to pursue their dreams.”

ADF attorneys represent collegiate female athletes in Idaho who are defending the state’s Fairness in Women’s Sports Act against an ACLU lawsuit attacking the new law. ADF attorneys also represent high school female athletes in Connecticut who are challenging a policy that has allowed boys to consistently deprive them of honors and opportunities to compete at elite levels.