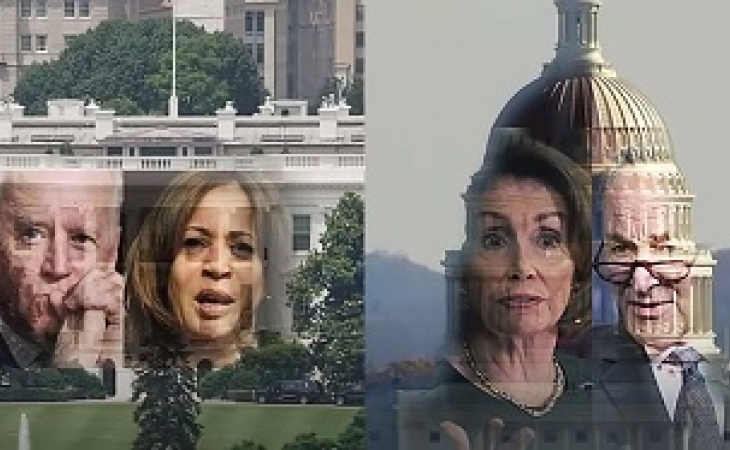 WASHINGTON – Alliance Defending Freedom launched a national ad campaign Tuesday to make a public stand for free speech, religious liberty, and sanctity of life in the wake of a new White House and U.S. Congress.

The national ad, titled “This House,” will air on Fox News, Fox Business, Newsmax, and One America News channels for 10 days. The first ad ran Tuesday on the Fox News program “Fox and Friends.”

“We believe that all people have inherent dignity and God-given liberty, and that freedom can only flourish in a society that cherishes and protects life and where everyone can freely share their ideas, exercise their faith, and live together peacefully despite different beliefs, opinions, and backgrounds,” said ADF General Counsel Kristen Waggoner. “This campaign puts the administration and Congress on notice that ADF will stand against efforts to undermine religious freedom, freedom of speech, the sanctity of life, and parental rights.”

The Biden campaign endorsed abortion on demand; promised to pass the so-called “Equality Act,” which will destroy decades of free speech and religious freedom protections; and praised the governors whose unconstitutional COVID-19 orders were struck down by the courts. On day one, President Biden signed an executive order that removes protections for women and girls in sports, locker rooms, and other contexts.

The ADF ad begins with images of the White House and the U.S. Capitol overlayed with the images of President Joe Biden, Vice President Kamala Harris, Senate Majority Leader Chuck Schumer and House Speaker Nancy Pelosi. The ad continues: “The Far Left controls this house and this house. But with your help, Alliance Defending Freedom stands for your rights at the courthouse.” The ad concludes with a call to action: “Stand with us before they control your house.”

The ad is part of ADF’s Stand for Freedom campaign, which invites all Americans to stand with ADF to protect freedom for all.

On Jan. 20, ADF President and CEO Michael Farris said, “On this Inauguration Day, we join with millions of our fellow Americans who are praying for the 46th president of the United States, Joe Biden. Many challenges lie ahead, and we pray for the president’s health and safety as he governs this great nation. While we are gravely concerned about his campaign positions, we pray that, as president, he would have a change of heart and protect everyone’s God-given freedoms and the sanctity of life from conception until natural death. To millions of Americans, these freedoms are precious, and protecting them is essential to a free and flourishing society.”

Kristen K. Waggoner serves as general counsel with Alliance Defending Freedom. In this role, Waggoner oversees the U.S. legal division, a team of 100 attorneys and staff who engage in litigation, public advocacy, and legislative support. ADF has represented the prevailing parties in multiple U.S. Supreme Court victories, including Masterpiece Cakeshop v. Colorado Civil Rights Commission, which she argued. Waggoner continues as lead counsel in Arlene's Flowers v. State of Washington, which the Supreme Court remanded to the Washington Supreme Court. She will argue Uzuegbunam v. Preczewski at the High Court in the 2020-21 term. She is a Peer Review Rated AV® Preeminent™ attorney in Martindale-Hubbell, who clerked for Justice Richard B. Sanders of the Washington Supreme Court after law school and served in private practice in Seattle for nearly 20 years. Waggoner is admitted to practice in multiple states, the Supreme Court, and numerous federal district and appellate courts.