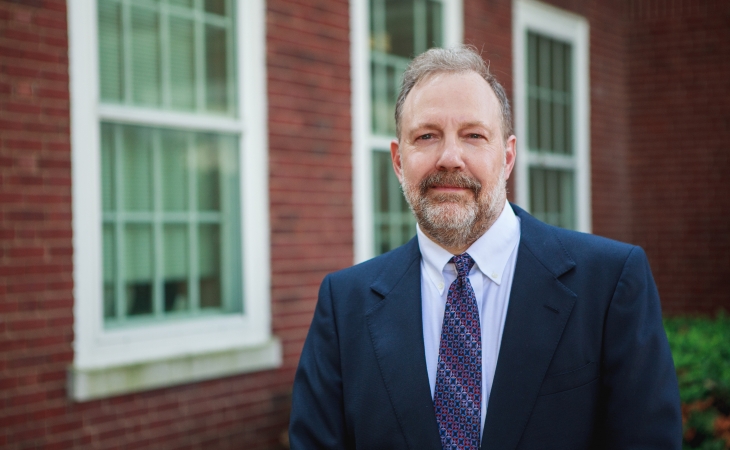 CINCINNATI – The U.S. Court of Appeals for the 6th Circuit ruled Friday in favor of Dr. Nicholas Meriwether, a philosophy professor at Shawnee State University, reversing a district court’s dismissal of his lawsuit against university officials. The university punished Meriwether because he declined a male student’s demand to be referred to as a woman, with feminine titles and pronouns. The court ruled that, based on the allegations in the complaint, the university violated Meriwether’s First Amendment rights.

“This case forced us to defend what used to be a common belief—that nobody should be forced to contradict their core beliefs just to keep their job,” said ADF Senior Counsel and Vice President of Appellate Advocacy John Bursch. “We are very pleased that the 6th Circuit affirmed the constitutional right of public university professors to speak and lead discussions, even on hotly contested issues. The freedoms of speech and religion must be vigorously protected if universities are to remain places where ideas can be debated and learning can take place.”

“Traditionally, American universities have been beacons of intellectual diversity and academic freedom,” the 6th Circuit wrote in its opinion in Meriwether v. The Trustees of Shawnee State University. “They have prided themselves on being forums where controversial ideas are discussed and debated. And they have tried not to stifle debate by picking sides. But Shawnee State chose a different route: It punished a professor for his speech on a hotly contested issue. And it did so despite the constitutional protections afforded by the First Amendment. The district court dismissed the professor’s free-speech and free-exercise claims. We see things differently and reverse.”

In January 2018, during a political philosophy class, Meriwether responded to a male student’s question by saying, “Yes, sir.” After the class, the student approached Meriwether, stated that he was transgender, and demanded that the professor refer to him as a woman, with feminine titles and pronouns. When Meriwether did not instantly agree, the student became belligerent and promised to get Meriwether fired.

The student then filed a complaint with the university, which launched a formal investigation. Meriwether offered to call the student by first or last name, but the student insisted that Meriwether use pronouns and titles consistent with the student’s gender identity. University officials ultimately rejected any compromise that would allow Meriwether to speak according to his conscience and sincerely held religious beliefs. Instead, they formally charged him, saying “he effectively created a hostile environment” for the student simply by declining to use the feminine pronouns demanded by the student. Later, they placed a written warning in his personnel file and threatened “further corrective actions” unless he articulates the university’s ideological message.

The 6th Circuit explained that if “professors lacked free-speech protections when teaching, a university would wield alarming power to compel ideological conformity. A university president could require a pacifist to declare that war is just, a civil rights icon to condemn the Freedom Riders, a believer to deny the existence of God, or a Soviet émigré to address his students as ‘comrades.’ That cannot be.”

Thomas W. Kidd, Jr., one of more than 3,700 attorneys allied with ADF, is serving as local counsel in the case on behalf of Meriwether.