Description:  A student group, Young Americans for Liberty, is challenging the University of Alabama in Huntsville's policies that require students to obtain a permit to speak on campus three business days in advance. The policies violate Alabama's Campus Free Speech Act, which requires public colleges and universities to respect the free speech rights of students on campus. 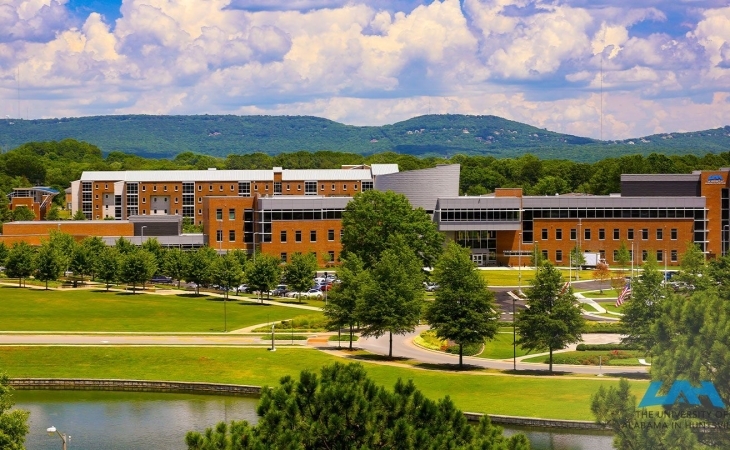 WHAT: Available for media interviews following oral arguments in Young Americans for Liberty at University of Alabama in Huntsville v. St. John IV

MONTGOMERY, Ala. – Alliance Defending Freedom attorneys representing a chapter of Young Americans for Liberty and a student member will be available for media interviews at Lurleen B. Wallace Community College Thursday following oral arguments in front of the Alabama Supreme Court in their lawsuit against University of Alabama in Huntsville officials. The student group is challenging the university’s policy that limits most student speech to small “speech zones” and to obtain a permit to speak on campus three business days in advance—both in violation of the Alabama Campus Free Speech Act and the Alabama Constitution.

Alabama’s Campus Free Speech Act requires public colleges and universities to respect the free speech rights of students on campus and explicitly prohibits speech zones, prior permission requirements, and other suppressive measures. In February, ADF attorneys appealed to the Alabama Supreme Court after a lower court dismissed the case.

“Alabama state law guarantees that all students at public universities can freely speak outdoors on campus grounds. University campuses should be encouraging free speech, not stifling it with burdensome and illegal rules like limiting speech to certain zones and requiring students to get a permit from college administrators before sharing their views,” said ADF Legal Counsel Mathew Hoffmann, who will be arguing before the court on behalf of the student group and student. “We hope the Alabama Supreme Court will affirm the right of students with Young Americans for Liberty to exercise their freedoms under state law.”

“YAL’s commitment to free speech is finally getting its day in court tomorrow. The bureaucrats in the University of Alabama system have made it clear that they view their students’ rights to free expression as secondary to their own desire for control,” said JP Kirby, director of Student Rights at YAL. “Not only are the policies we are challenging unconstitutional under the Alabama constitution, but they have been specifically outlawed by the Alabama Campus Free Speech Act. Fortunately, students like Joshua Greer at UA Huntsville are willing to go the distance to fight for their rights.”

ADF attorneys explain in the lawsuit that the policy illegally prevents students from engaging in spontaneous expression and from promoting their events. The student members of Young Americans for Liberty want to engage their peers in important policy debates about a variety of issues including gun control, federalism, and other topics but are refraining from doing so for fear of violating the university’s suppressive speech policy. The policy requires students to share their views on certain topics in specified speech zones and request approval to speak days in advance. And because the permits are subject to the university’s approval, administrators can pick and choose which views are allowed on campus.

Brent Woodall, one of more than 4,600 attorneys in the ADF Attorney Network, is serving as local counsel for the chapter and student in the case, Young Americans for Liberty at University of Alabama in Huntsville v. St. John IV.

Mathew Hoffmann serves as legal counsel for Alliance Defending Freedom, where he is a key member of the Center for Academic Freedom. Before joining ADF, Hoffmann clerked for the Honorable Robert J. Luck of the United States Court of Appeals for the Eleventh Circuit and served as an associate at Jones Day. Hoffmann earned his J.D. from the University of Notre Dame Law School in 2018. He graduated summa cum laude and served as an editor for the Notre Dame Law Review. He is a 2016 Blackstone Fellow. Before law school, Hoffmann graduated from Georgetown University with a Bachelor of Science with honors in chemistry and a double major in government.