Description:  High school French teacher Peter Vlaming was fired from his job in West Point, Virginia for declining to refer to a female student with male pronouns even though he consistently accommodated the student’s requests and used the student’s preferred name instead of the student’s given name. 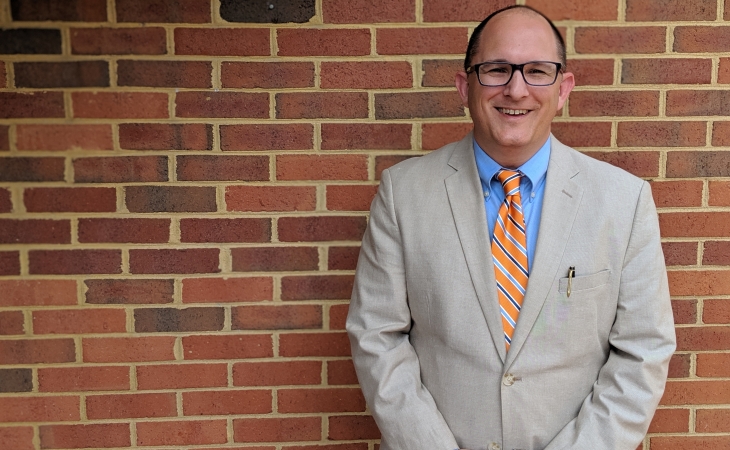 RICHMOND, Va. – The Virginia attorney general, physicians, feminists, legal scholars, and a variety of organizations have all filed briefs with the Virginia Supreme Court in support of a high school teacher fired for avoiding the use of personal pronouns to refer to one of his students. Alliance Defending Freedom attorneys representing the teacher, Peter Vlaming, filed their opening brief with the court Tuesday.

“Peter wasn’t fired for something he said; he was fired for something he couldn’t say,” said ADF Senior Counsel Chris Schandevel. “As a teacher, Peter was passionate about the subject he taught, he was well-liked by his students, and he did his best to accommodate their needs and requests. But Peter could not in good conscience speak messages that he doesn’t believe to be true. We and the many parties who have filed briefs in support of Peter hope the Virginia Supreme Court will agree the School Board violated Peter’s rights under the Virginia Constitution and state law.”

As the ADF brief filed with the court explains, “At its core, the overarching question presented is a narrow one: whether public school teachers can be forced to violate their religious beliefs by expressing personal agreement with the government’s viewpoint on an issue of public concern. The answer is a resounding, ‘No.’”

As the Commonwealth of Virginia notes in its brief, “The School Board’s decision to fire Vlaming for refusing to express a belief he does not hold, and that is contrary to his faith, transgresses Virginia’s longstanding constitutional protections.”

“Affirming a child’s assertion of a discordant gender identity actually exacerbates the psychological and emotional distress that underlie the assertion,” wrote a group of physicians who treat children and adolescents. “In refusing to deny biological reality by acceding to his student’s demands, it was Mr. Vlaming who was acting in [the student’s] best interest. Rather than being terminated, Mr. Vlaming should be celebrated.”

“It is no exaggeration to say that the current wave of ‘gender identity’ advocacy involves an explicit rejection of objective scientific fact,” added the Women’s Liberation Front, a self-described radical feminist group. As their brief explains, “gender identity-based laws and policies have already been applied in a manner that tramples upon the rights, privacy, and safety of women and girls,” while isolating and threatening “women and men who, like Mr. Vlaming, simply want to perform their jobs without being compelled to support beliefs they do not share.”

Shawn Voyles, one of more than 4,400 attorneys in the ADF Attorney Network, is serving as co-counsel on Vlaming’s behalf in Vlaming v. West Point School Board.

Chris Schandevel serves as senior counsel on Alliance Defending Freedom’s Appellate Advocacy Team. Before joining ADF, Schandevel served as an assistant attorney general in the Criminal Appeals Section at the Office of the Attorney General of Virginia. Prior to his time at the Virginia attorney general’s office, Schandevel clerked for the Honorable Stephen R. McCullough on the Court of Appeals of Virginia. Schandevel earned his J.D. from the University of Virginia School of Law in 2012. Schandevel earned his B.A. in Social Work from Harding University in 2009. A member of the state bar of Virginia, Schandevel is admitted to practice before the U.S. Supreme Court and various state and federal trial and appellate courts.

Caleb Dalton serves as legal counsel with Alliance Defending Freedom, where he plays a key role at the Center for Academic Freedom. Since joining ADF in 2013, Dalton has served on multiple teams representing private individuals and government entities to affirm the fundamental freedoms of speech and religious liberty. In 2017, he joined the Center for Academic Freedom where he has represented clients seeking to speak freely on campus without fear of unconstitutional government censorship. Dalton earned a J.D. at the Regent University School of Law, graduating cum laude. He is a member of the bar in Arizona, Virginia, and the District of Columbia; he is also admitted to practice before multiple federal district and appellate courts, including the U.S. Supreme Court.