Description: New York state law forces photographer and blogger Emilee Carpenter to create photographs and blogs celebrating same-sex weddings if she does so for weddings between one man and one woman. Penalties for violating the law include fines of up to $100,000, a revoked business license, and up to a year in jail. 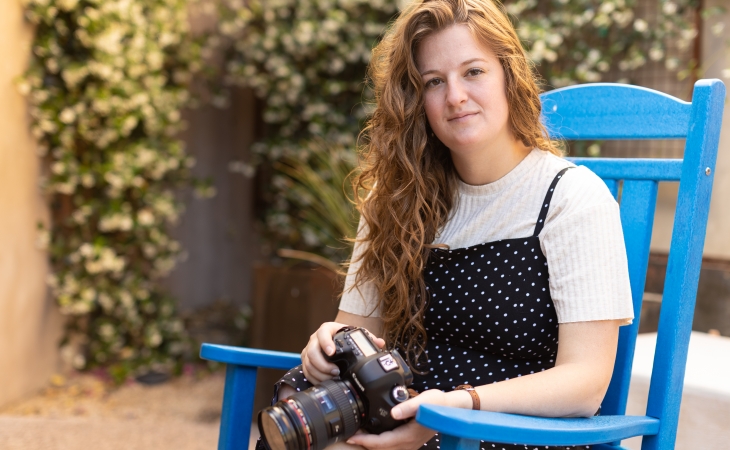 NY photographer fights for freedom to create according to her beliefs

“Artists like Emilee are protected under the Constitution to freely live and work according to their religious beliefs, and it is imperative the 2nd Circuit upholds that fundamental right,” said ADF Senior Counsel Jonathan Scruggs. “Emilee happily serves all people; she just cannot promote messages which contradict her religious beliefs, including her views on marriage. A government that crushes an individual’s right to speak and act freely threatens every American’s freedom.”

In its December decision in Emilee Carpenter Photography v. James, the U.S. District Court for the Western District of New York relied on the same unprecedented logic the U.S. Court of Appeals for the 10th Circuit used in its July ruling in another ADF case, 303 Creative v. Elenis. In that case, the 10th Circuit ruled that the government can compel web designer and graphic artist Lorie Smith to speak messages with which she disagrees because she creates “custom and unique” expression. Similarly, the district court in New York found that the state can compel Carpenter to promote messages that violate her beliefs because her photography and blogging “is the product of her unique artistic style and vision.”

ADF recently asked the U.S. Supreme Court to review Smith’s case and now has appealed Carpenter’s case to the 2nd Circuit, asking the 2nd Circuit to protect Carpenter from New York’s draconian laws. These laws threaten Carpenter with fines of up to $100,000, a revoked business license, and up to a year in jail.