Description:  Anchorage officials are once again using an ordinance to force the Downtown Hope Center’s shelter to admit males and let them sleep alongside women who have suffered physical and sexual abuse. The ordinance also shuts down the center’s ability to communicate about its religious beliefs on its website and on other signs posted around the center. 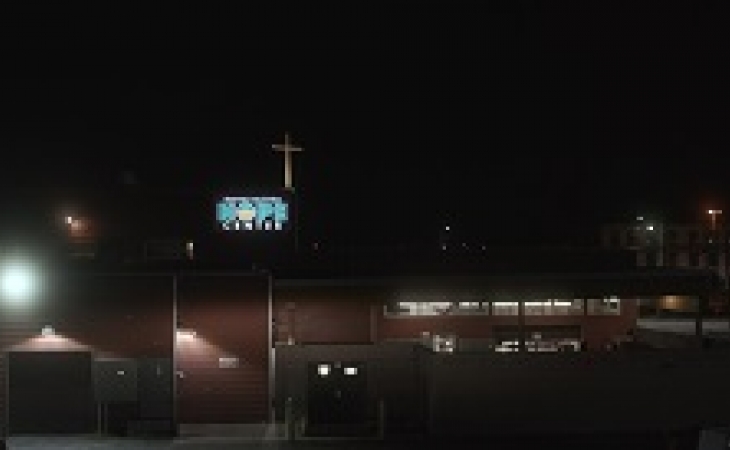 ANCHORAGE, Alaska – A federal court issued an order Monday ruling that the city of Anchorage cannot enforce a city ordinance to require a faith-based women’s shelter to admit males and let them sleep alongside women who have suffered physical and sexual abuse. Alliance Defending Freedom attorneys represent the Downtown Hope Center in Downtown Hope Center v. Municipality of Anchorage II.

The U.S. District Court for the District of Alaska found that Downtown Hope Center does not constitute a place of “public accommodation” and therefore is not subject to a city ordinance that threatened the shelter with fines and penalties for following its religious beliefs and serving women in need.

“Vulnerable women deserve a safe place to stay overnight, and we’re pleased that they can sleep soundly, at least for the time being, due to the court’s order,” said ADF Senior Counsel Kate Anderson. “Downtown Hope Center serves everyone, but its overnight women’s shelter exists to provide a safe place for women, many of whom have survived sex trafficking, rape, or domestic violence at the hands of men. This is the second time Anchorage officials have targeted the center for operating according to its religious beliefs and serving the city’s homeless population. We hope the court’s order puts an end to this.”

In 2018, Downtown Hope Center filed a federal lawsuit against the city after the shelter referred an inebriated and injured man to a hospital to get the care he needed and paid for his taxi ride there. The man later filed a complaint with the Anchorage Equal Rights Commission alleging the center didn’t let him stay at the shelter, where he would have been sleeping right next to homeless women—many of whom were victims of physical and sexual abuse. The city then chose to pursue the complaint against the center, prompting ADF attorneys to file suit on the center’s behalf.

The city eventually dropped the complaint, and both the city and the center agreed to make the court’s temporary order against the city permanent. But since the city’s first loss in federal court, the Anchorage Assembly amended the city ordinance in an attempt to find a way around the court’s ruling, once again targeting Downtown Hope Center and trying to force it to let males sleep next to homeless women.

“Faith-based nonprofits should be free to serve consistently with their faith without fear of unjust government punishment. This is especially true for ministries that help homeless women who have suffered sexual abuse or domestic violence,” said ADF Senior Counsel Ryan Tucker, director of ADF’s Center for Christian Ministries. “Because no woman should be forced to sleep or disrobe next to a man, we are pleased the court has allowed Downtown Hope Center to continue protecting women and operating according to its religious beliefs.”

Sonja Redmond, one of nearly 3,500 attorneys allied with ADF, is serving as local counsel for Downtown Hope Center.