Description:  Florida State University administrators and student senate officials repeatedly failed to address unconstitutional retaliation against student Jack Denton, the president of the FSU Student Senate, for sharing his personal religious beliefs in private text conversations with other students. Alliance Defending Freedom attorneys sent a letter and then filed a lawsuit after the school failed to address the unconstitutional violation of Denton’s First Amendment freedoms. 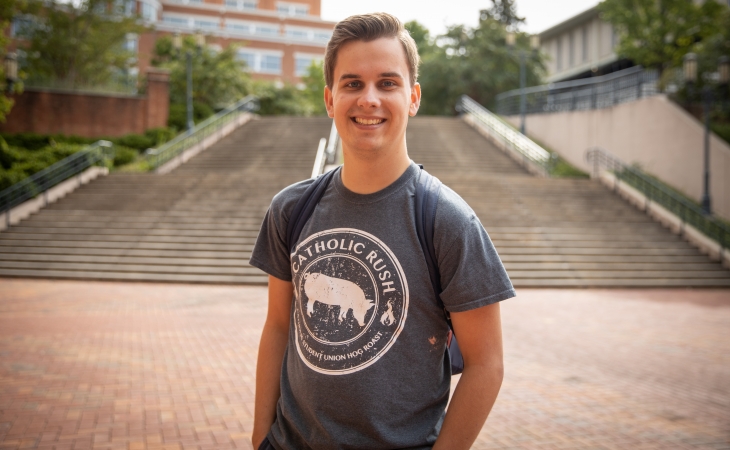 TALLAHASSEE, Fla. – Florida State University has agreed to settle a lawsuit after the school and its student senate unconstitutionally retaliated last year against Student Senate President Jack Denton for sharing his personal religious beliefs with other students. The school has also agreed to issue a public statement affirming that student government is open to all students, including religious students, on an equal basis.

“Public universities can’t single out and punish students for their religious beliefs,” said ADF Legal Counsel Logan Spena. “We are pleased that Florida State has finally affirmed its commitment to students’ First Amendment rights on campus. All students should be able to peacefully share their personal convictions without fear of retaliation.”

The lawsuit came about following a private text conversation among Catholic students, in which Denton suggested that BlackLivesMatter.com, Reclaim the Block, and the ACLU all advocate for causes opposed to Catholic teaching, and that Catholic students may wish to avoid supporting the organizations financially. After another student took screenshots of Denton’s private messages and shared them publicly on social media, student senators mocked and misrepresented his remarks and eventually removed Denton from leadership as the SGA’s student senate president. ADF attorneys then filed a lawsuit against the school and members of the student senate after university officials refused to address the violation of Denton’s First Amendment freedoms.

Under the settlement agreement, reached in Denton v. Hecht, Florida State University has agreed to issue a statement affirming the school’s commitment to protecting students’ First Amendment rights on campus, especially in student government. The school will also restore Denton’s lost wages and pay $10,000 in damages to him, as well as nearly $85,000 in attorneys’ fees.

“Today’s college students are our future legislators, judges, and voters. That’s why it’s so important that public universities model the First Amendment values they’re supposed to be teaching students,” said ADF Senior Counsel Tyson Langhofer, director of the ADF Center for Academic Freedom. “Student governments should be encouraging and respecting robust debate and ideas, not silencing and punishing students for expressing their beliefs. We are encouraged that the university has finally reached the right conclusion.”

B-roll for media use

Religious discrimination should have no place at FSU (Tallahassee Democrat, 2020-10-18)
Cancel culture kicked me out of my college job simply because I was Catholic (Daily Wire, 2020-09-13)
I was ousted as Student Senate president for my Catholic faith—Now I’m taking a stand (CNS News, 2020-09-02)
Florida State case demonstrates: Cowardice is the demise of higher education (Daily Wire, 2021-06-01)

Logan Spena serves as legal counsel for the Center for Academic Freedom with Alliance Defending Freedom, where he defends the rights of students, professors, and organizations to speak, associate, and worship freely. Before joining ADF, Spena served as deputy policy director in the Missouri governor’s office, where he oversaw the state’s regulatory reform efforts and worked to approve legislation on many issues including education, foster care, and protecting the unborn. Spena graduated from the University of Virginia School of Law in 2016, where he served as an editor on the Virginia Law Review. Spena earned his B.A. in Government: Political Theory from Patrick Henry College in 2012. He is a member of the Missouri bar.