Description:  Catholic Charities West Michigan, one of the region’s largest social services providers, faces closure of its adoption and foster care ministry if it doesn’t change its policy prioritizing the placement of children in homes with a mother and father. Michigan Department of Health and Human Services is illegally targeting the child welfare provider because of its religious beliefs, despite the fact that Catholic Charities has served the region by offering a wide array of services for more than 70 years. 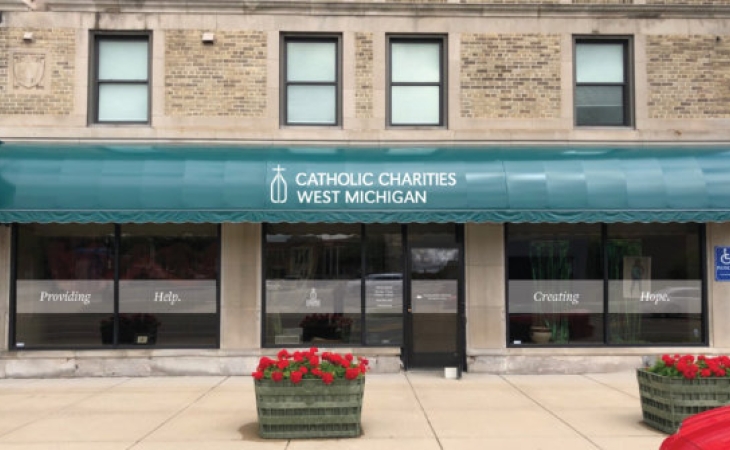 DETROIT – To resolve a lawsuit that Alliance Defending Freedom attorneys filed on behalf of Catholic Charities West Michigan, state officials have agreed the child welfare provider can care for children according to its religious beliefs without government punishment.

As part of a stipulated court order and judgment, the Michigan Department of Health and Human Services conceded that it would violate the First Amendment to take any adverse action against Catholic Charities because the ministry prioritizes placing foster and adoptive children in homes with a married mother and father. The department also agreed to pay $250,000 toward the nonprofit’s attorney’s fees and costs.

“More adoption and foster care providers mean more children have the chance to be adopted or cared for by a foster family,” said ADF Senior Counsel Jeremiah Galus. “Catholic Charities West Michigan meets a critical need as one of the region’s largest social service providers, reuniting children with their birth parents and placing foster kids in loving homes. We are pleased Catholic Charities can continue its vital mission serving vulnerable families in Michigan without being punished by the government simply because it’s operating according to its religious beliefs—the very reason the ministry exists in the first place.”

For more than 70 years, Catholic Charities has served western Michigan by offering a wide array of child welfare, family preservation, and behavioral health services. Over the past decade, the charity has placed approximately 4,500 children in homes and annually serves more than 30,000 individuals through its numerous ministries. Its foster care ministry focuses on family reunification and provides support well above the state’s minimum requirements. Catholic Charities offers foster parent training opportunities; funding for children’s medical, dental, clothing, and extracurricular needs; and transportation for birth parents so they can be involved with children’s activities, despite temporary separation. The ministry also maintains a Family Visit House, where parents participating in a reunification plan can visit their children on a regular basis in a comfortable, homelike environment supervised by trained staff.

James R. Wierenga, one of more than 3,500 attorneys allied with ADF, is serving as local counsel for Catholic Charities West Michigan in the case.

David A. Cortman serves as senior counsel and vice president of U.S. litigation with Alliance Defending Freedom. He has been practicing law since 1996, and currently supervises a team of over 40 attorneys and legal staff who specialize in constitutional law, focusing on religious freedom, sanctity of life, and marriage and family. Cortman has litigated hundreds of constitutional law cases including two victories at the U.S. Supreme Court. In Trinity Lutheran Church v. Comer, he secured a 7-2 victory that overturned Missouri’s denial of a religious school’s participation in a state funding program. Cortman also argued Reed v. Town of Gilbert, securing a 9-0 ruling that prohibits the government from discriminating against religious speech. A member of the bar in Georgia, Florida, Arizona, and the District of Columbia, he is also admitted to practice in over two dozen federal courts, including the U.S. Supreme Court. Cortman obtained his J.D. magna cum laude from Regent University School of Law.