Description:  The state of Maine prohibited families from using funds from a state tuition program, designed for students who don’t have access to a local public school, at private religious schools. 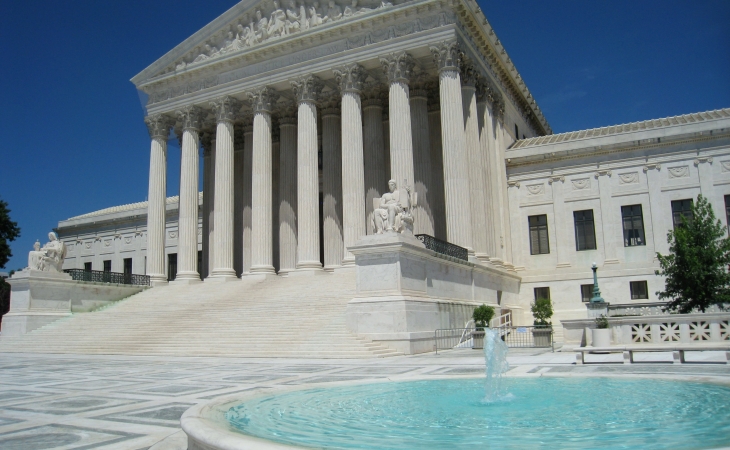 WASHINGTON – The U.S. Supreme Court ruled Tuesday in Carson v. Makin that the state of Maine cannot exclude students who attend religious schools from a government program in which they are otherwise qualified. Attorneys with Alliance Defending Freedom and Jones Day had argued for that result in a friend-of-the-court brief they filed on behalf of the Jewish Coalition for Religious Liberty.

Maine had prohibited families from using funds from a state tuition program—designed for students who don’t have access to a local public school—at private religious schools that incorporated a curricular faith perspective.

“When the government offers parents school choice, it can’t take away choices that are deemed ‘too religious’ or withhold funds from those who choose religious schools when the state offers those funds to everybody else,” said ADF Senior Counsel and Vice President of Appellate Advocacy John Bursch. “Today’s decision from the Supreme Court affirms our country’s abiding principle of religious liberty and, importantly, allows Maine parents the freedom to send their children to schools that align with their beliefs.”

The Supreme Court’s decision built upon its previous rulings in Espinoza v. Montana Department of Revenue and Trinity Lutheran Church of Columbia v. Comer, a case in which ADF attorneys successfully argued before the high court that a state may not discriminate against a religious school in awarding grants to improve playground safety.

“Maine’s ‘nonsectarian’ requirement for its otherwise generally available tuition assistance payments violates the Free Exercise Clause,” the high court concluded, emphasizing that this does not mean that a state “must” fund religious education. “But once a State decides to do so, it cannot disqualify some private schools solely because they are religious.” And this is true no matter whether the state disqualifies a school because of its religious status or because the school integrates religion into its curriculum. “Any attempt to give effect to such a distinction by scrutinizing whether and how a religious school pursues its educational mission would also raise serious concerns about state entanglement with religion and denominational favoritism.”